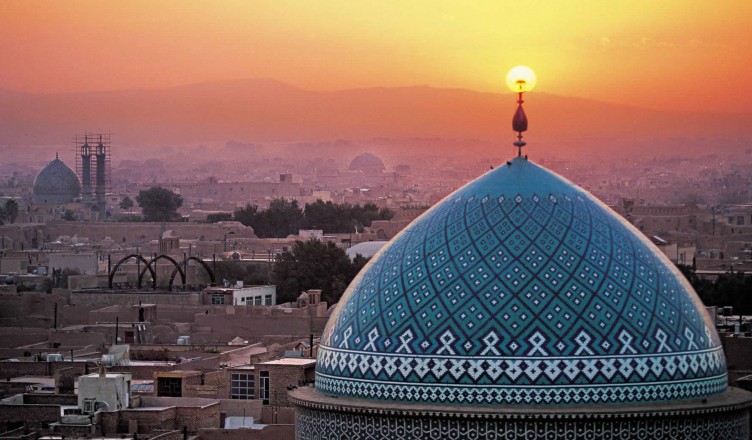 The Islamic Republic of Iran received its first sanction from the United States in 1979 with President Carter Executive Order 1270, as an answer to the seizing of the US embassy by a group of radicalized students. Sanctions were increased in the following years, with the Invasion of Iraq, and in 1984 was voted a ban on sales of weapons and US assistance to Iran. In 1995, the sanctions were expanded to a ban on business transactions with Iran. The last round of sanctions came in 2006 with the UN resolution 1696 after Iran refusal to suspend its uranium enrichment program. These sanctions had severe consequence for the country. After months of negotiations, nations reached an agreement on the 14 of July 2015 in Vienna. By agreeing to the Joint Comprehensive Plan of Action (JCPOA), commonly known as the “Iran nuclear deal” Iran consented to drastically reduce its uranium enrichment capabilities and to allow regular monitoring by the International Atomic Energy Agency. In return, Iran will see the nuclear-related sanctions lifted. The official implementation date of the JCPOA was on January 16, the reopening of the Iranian economy has been for months now the subject of many speculations and expectations. What is going to be the impact of these sanctions relief on Iran and the region?

We can already observe how the lifting of the sanctions on Iran is already positively affecting the country’s economy.

To begin with, the Iranian financial services will be great beneficiaries of this relief, with Iran now being readmitted into the SWIFT global payment system, from which it was expelled in 2012. Local banks will now be able to re-connect and do business with foreign banks, which will create new opportunities for the financial industry as well as many other industries. In addition to that, Iran is expected to get back $30 billion out of the $100 billions of assets which were frozen by the sanction.

Furthermore, The Iranian government has vowed to increase its oil production by 500,000 barrels as stated by the deputy oil minister, Amir Hossein Zamaninia. But this increase in production, in the current context, won’t greatly affect already low oil prices since that outcome was expected for months by analysts.

Additionally, Iran will now be able to modernize its civil aviation. Due to the sanctions, the country was not able to buy new planes or spare parts for its airliners. It thus signed earlier this week a deal with Airbus for 118 jets for a total of $25 billion. The country is also said to be approaching other French companies regarding the managements and building of new infrastructures for Iranian airports.

Finally, The Automobile industry is not seating on the sidelines, the French car maker Peugeot signed a partnership deal worth 400 million euros with the local manufacturer Iran Khodro, with the expectation of releasing the first vehicles in 2017. And the German truck manufacturer Daimler also signed letters of intent with joint venture partners in Iran.

In the long-run, the re-opening of its economy is going to lead Iran and the region in a new phase. Iran is currently the second largest economy of the MENA region, behind Saudi Arabia and the 28th in the world according to the world bank ahead of the UAE, South Africa, Malaysia, and Singapore. With a population close to 80 million, with 60% below 30, Iran is the second most populous country in the region. The country also hosts the world’s 3rd largest oil reserves and 1st natural gas reserves. In addition to all that, we should note that Iran already has strong industrial infrastructures, thus requiring lower initial investments, compared to some other emerging economies. Economists estimate Iran’s unmet investment needs at about $150bn a year for the next five years; a more cautious International Monetary Fund projects a rise of Iranian imports from $75 billion this year to $115 billion in 2020. For some specialists, Iran is like Turkey on steroids.

With its reserves in oil and gas, Iran can be considered as a global energy power. Yet, it perceives the lift of the sanctions as an opportunity  to cut its “umbilical cord” to oil. The country is also looking for new means to extract and export its natural gas however because of the sanctions Iran was not able to develop export infrastructures able to match those of countries such as Russia or Qatar. The Iranian government is planning on solving these issues by either partnering with neighboring countries disposing of the right infrastructures or to restart improvement projects stopped because of the sanctions, but it will take few more months or years before it exports capabilities reaches full potential.

The return of Iran on the natural gas market is a good news for European countries for which it’s an opportunity to reduce their dependency on Russian gas. The EU is expecting to import between 25 to 30 billions cubic meters of gas from Iran by 2030. Iran is also planning on supplying its neighbors such as the UAE and Kuwait, which does not have sufficient gas resources. Another possible client of Iran could also be Saudi Arabia, Iran main rival in the region is currently in the process of reducing the use of oil for power generation. The country has gas reserves that are too expensive to be exploited at today’s prices, so it’s likely that they will have to approach Iran.

The re-opening of the Iranian economy is most likely to make of Iran an even more important player in the region. This will generate more competition for the countries of the golf in numerous sectors. We can’t help but wonder how the situation will evolve in the region in the years ahead, especially with Saudi Arabia for which Iran economic revival poses an economic challenge. But the Saudis affected by the current oil context are also in the process of implementing profound changes. One thing is sure, the return of Iran is going to spark a new period of economic competition with its Saudi rival.

Although the re-opening gives great promises for the Iranian economy and its potential partners, we should be careful. Iran’s economy is complex and after years of being closed, governmental entities such as the Armed Forces and Revolutionary Guard Corps have increased their ownership in different sectors of the economy. Business should thus proceed with caution, as any dispute with those quasi-state owned businesses, would put them in difficult situations with little recourse.

Additionally, not all sanctions against Iran have been lifted, the US sanctions related to Iran links with terrorist organizations still remains, prohibiting American companies to do business with Iran. You can notice that most contracts signed with Iran so far are by European companies. It’s also important to point out that lots of business like Peugeot and Daimler are simply resuming activities they had in Iran for years but had to stop because of the sanctions.

Another point of concern is the risk of new sanctions, in a region as volatile as the middle-east and with the current regime governing Iran. It’s not impossible that sanctions come back and that could cause serious hardships to companies that invested heavily in Iran without taking that into account.

Nevertheless, no matter how you look at it the lift of the sanctions and the opening of Iranian economy will have a great impact inside and outside of the country. This definitely marks the beginning of a new chapter, and we should look forward to how it will develop in the following years.