While the United States has recovered from the Great Recession of 2008, many Americans have yet to reap substantial benefits from this recovery. According to the Pew Research Center, lower and middle income families have yet to see any real increase in their wealth since 2010. This, combined with relatively large losses during the recession, has resulted in a wider wealth gap between top earners and the rest of the American work force.

This dynamic has clear consequences for the well-being of middle and lower-class Americans. When GDP can recover without noticeable wage growth for the vast majority of workers, statistical economic growth becomes decoupled from economic prosperity for many Americans.

An understanding of the causes and effects of income inequality is vital not just for policymakers, but for all participants in the American economy. 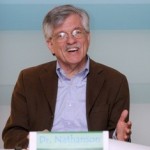 Stephen Nathanson is a recently retired professor of Philosophy at Northeastern University. He received his B.A. with Honors in Philosophy from Swarthmore College, and his Ph.D. in Philosophy from Johns Hopkins University. Professor Nathanson is the author of a number of books, including Economic Justice, as well as articles on issues in ethics and political philosophy. Stephen Nathanson’s book Economic Justice introduces the philosophy of economic justice, exploring widely recognized values of fostering human well-being, giving people what they deserve, and promoting human liberty. 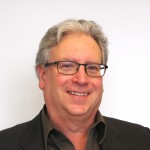 Dr. Victor is the Executive Director of the Workers’ Compensation Research Institute (WCRI). He has overseen the development of numerous studies and analyses that have led to reform of Workers’ Compensation regulations. Prior to working at the institute, Dr. Victor spent seven years conducting research at The Rand Corporation in Washington, D.C., and Santa Monica, California. At Rand, he was principal researcher at the Institute for Civil Justice. Dr. Victor received his J.D. and Ph.D. (Economics) degrees at the University of Michigan, where he was the George Humphrey Fellow in Law and Economic Policy. He cites the people who have been most influential on his thinking as Professor Peter Barth, from the University of Connecticut, and the WCRI board of directors. 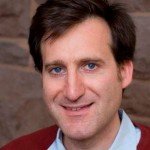 Jonathan Morduch is a professor of Public Policy and Economics at the NYU Wagner Graduate School of Public Service and Managing Director of the Financial Access Initiative (financialaccess.org), a consortium of researchers focused on financial inclusion. Morduch holds a BA from Brown and a Ph.D. from Harvard, both in Economics. His research focuses on microfinance, social investment, and the economics of poverty. Morduch is co-author of Portfolios of the Poor: How the World’s Poor Live on $2 a Day and The Economics of Microfinance. He has taught at Harvard, Stanford, Princeton and the University of Tokyo. He has also worked with the United Nations and World Bank, and advises global NGOs.