We are exploring the ways in which different sources of perceived chromaticity are combined in the brain. Some possible sources of apparent chromaticity include real light, afterimages, spatial chromatic induction and positive afterimages. 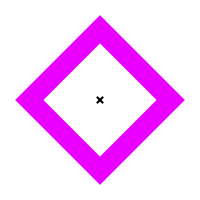 We use the term ‘real light’ to refer to light which really exists – a physical source with a dominant wavelength which elicits a perceived hue. Most colors you see on a daily basis arise from real light – those on your monitor, your clothing, etc. The figure above is magenta – really! 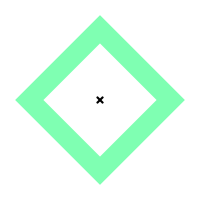 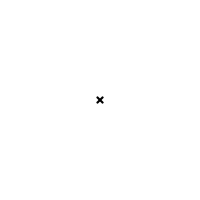 An afterimage is a (roughly) complementary color perceived after a colored stimulus is removed from a part of the retina. If you look at the cross in the green square above for a few seconds, then switch to the cross in the white square, you should see a magenta afterimage. 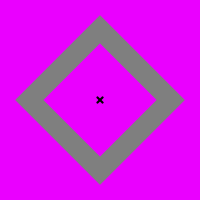 Spatial chromatic induction is when an achromatic figure with an equiluminant surround appears to take on the color complementary to its surround. This effect has no temporal component, meaning that you don’t need to make an eye movement or change the stimulus you’re looking at to experience it.  The figure and surround must be roughly equiluminant, and induction is strongest with a narrower figure in a large surround. The diamond in the figure above should appear somewhat greenish due to spatial chromatic induction from the magenta surround.