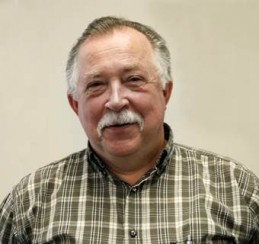 Dr. Vladimir P. Torchilin,  Ph.D., D.Sc. is a University Distinguished Professor of Pharmaceutical Sciences and the Director of the Center for Pharmaceutical Biotechnology and Nonomedicine at Northeastern University.

He graduated from the Moscow University with MS in Chemistry, and also obtained there his Ph.D. and D.Sc. in Polymer Chemistry, Chemical Kinetics and Catalysis, and Chemistry of Physiologically Active Compounds in 1971 and 1980, respectively.

In 1991 Dr. Torchilin joined Massachusetts General Hospital and Harvard Medical School as the Head of Chemistry Program, Center for Imaging and Pharmaceutical Research, and Associate Professor of Radiology.

Since 1998 Dr. Torchilin is with Northeastern University. He was there the Chair of the Department of Pharmaceutical Sciences in 1998-2008.

He has published more than 400 original papers, more than 150 reviews and book chapters, wrote and edited 10 books, including Immobilized Enzymes in Medicine, The Handbook on Targeted Delivery of Imaging Agents, Liposomes: A Practical Approach, Nanoparticulates as Pharmaceutical Carriers, Multifunctional Pharmaceutical Nanocarriers, Biomedical Aspects of Drug Targeting, Delivery of Protein and Peptide Drugs in Cancer, and holds more than 40 patents. Google Scholar shows more than 37,000 citation of his papers with H-index of 86.

Over the years Prof. Torchilin got more than $30 M from the governmental and industrial sources in research funding.

Among his many awards, Professor Torchilin was the recipient of the 1982 Lenin Prize in Science and Technology (the highest scientific award in the former USSR). He was elected as a Member of European Academy of Sciences. He is also a Fellow of American Institute of Medical and Biological Engineering, of American Association of Pharmaceutical Scientists (AAPS), and of the Controlled Release Society, and received the 2005 Research Achievements in Pharmaceutics and Drug Delivery Award from the AAPS, 2007 Research Achievements Award from the Pharmaceutical Sciences World Congress, 2009 AAPS Journal Award, 2009 International Journal of Nanomedicine Distinguished Scientist Award, 2010 Controlled Release Society Founders Award, 2012 Life Time Achievements Award from the Journal of Drug Targeting, 2012 Alec Bangham Life Time Award, and 2013 Blaise Pascal Medal for Biomedicine from the European Academy of Sciences.

In 2005-2006 he served as a President of the Controlled Release Society.

In 2011, Times Higher Education ranked him number 2 among top world scientists in pharmacology for the period of 2000-2010.