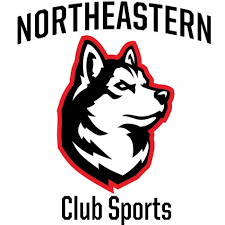 Wrapping up the Fall semester there is plenty to be proud of with Club Sports! The Club teams came to COMPETE this year winning trophy after trophy!

Starting off with Cricket, the Northeastern Cricket team dominated in 3/3 games in the league stage. They ended up defeating Boston University in the Finals to secure their Regional Championship.

Men’s Ultimate placed 2nd in New England Regionals and went to Nationals in California! The Huskies showed off going 4-1 in the tournament with a thriller universe point comeback win over Tufts.

Dance received a GOLD Bid at their national qualifier camp over the summer and will be heading to Nationals.

Cheerleading received their first SILVER bid at their national qualifier camp over the summer.

Men’s Rugby had an outstanding season making it to the Liberty Conference Finals. They were blowing teams out of the water week after week with an especially dominant game against UCONN winning 98-7!

Women’s Rugby made their way to Nationals after an undefeated season. They capped off their regular season with a rout against URI 59-0!

Spikeball put on a clinic against their opponents all season. Heading home with Sectionals wins for the 5th year in a row!

Men’s Soccer had an incredible undefeated regular season dominating their opponents weekly. But no one can forget about that thriller against Boston College!

Club Running ran all over their opponents! They came back as NIRCA National Champions after incredible performances from both Men’s and Women’s sides.

Women’s Soccer ran right past their opponents on their way to Nationals in Foley, Alabama.

Fencing dodged past their opponents after receiving four medals at the NEIFC Fall Invitational.

Powerlifting competed their hearts out at the 2021 USAPL Raw Collegiate Cup. 13 members of the team made it to the podium, on top of that the team won the team award.

Last but not least Field Hockey put on a miraculous undefeated season. For the second year in a row, opponents stood no chance as Club Field Hockey remains on its throne as the best in the Nation.