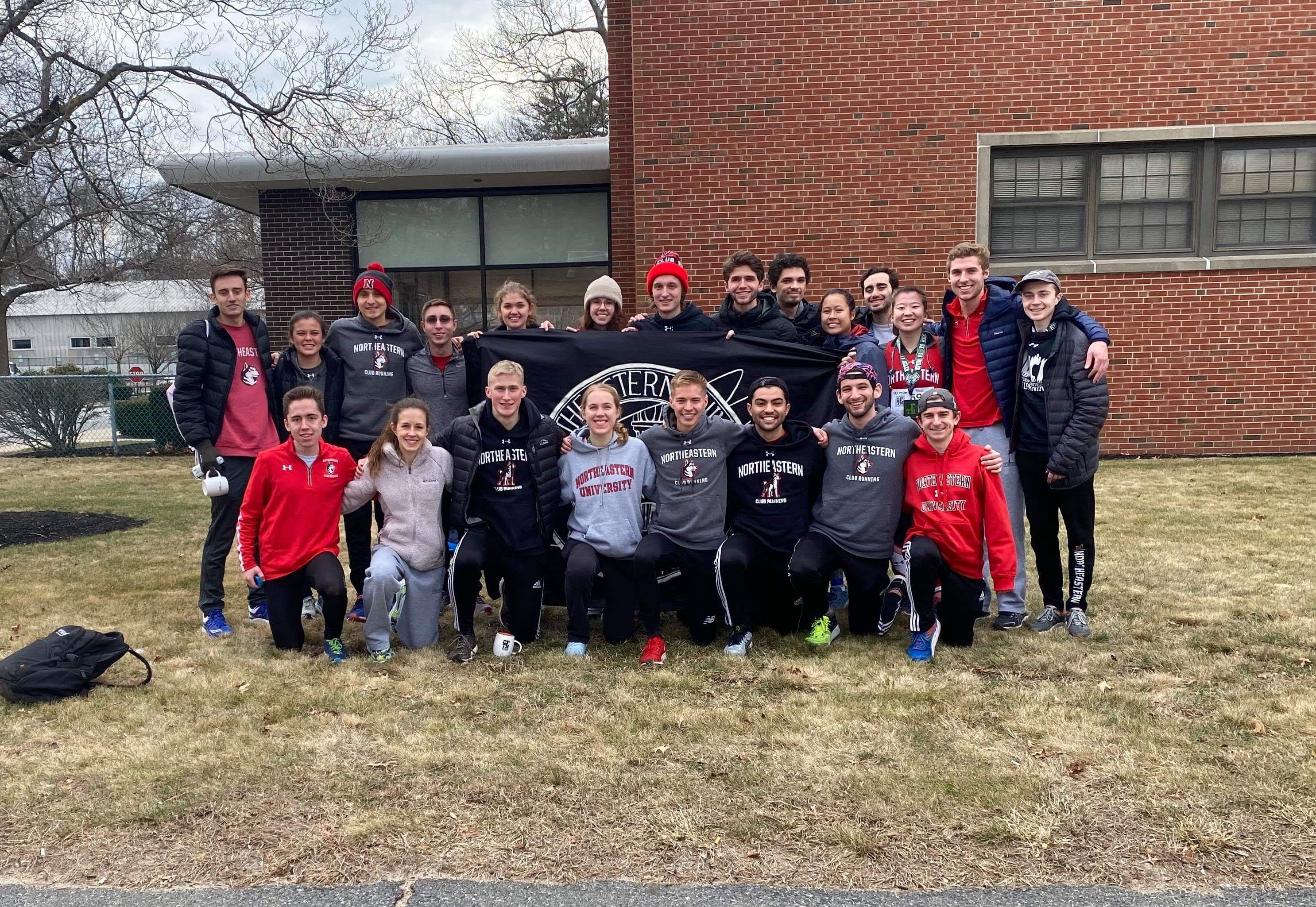 Over the weekend, Club Running participated in the Old Fashioned 10 miler and Flat 5k for the first time and left their mark! It was a successful weekend for both male and female runners with several big finishes that started off in the 5k. Thomas Hinds led the team by finishing second overall and setting a new club record of 15:28. Not too far behind him was Matt Petrocelli placing 3rd with a time of 16:13, Sam Culver placing 5th with 16:42, and Anthony Cusato coming in 6th with his time of 16:50. Gabby Rao was setting the pace for the girls with her first place finish and new club record time of 19:11. Those efforts were matched in the female 20-29 age group where Kelsey Gatchel and Millie Ness claimed first and third with their respective times of 20:28 and 22:14. The 10 mile run took place next, and the Huskies came out victorious in this event as well with Luke Janik clinching the win along with a new club record of 51:30. David Muir cracked the top 10 with a 9th place overall finish in 56:14. Caroline Evans set a new club record and was the 4th female finisher and the first in the 20-29 age group in a time of 1:07:04. Gabby Rao, Matt Petrocelli, and Kyle Nameth completed both races, known as the Bad Ass Half, with impressive accolades for each event. Gabby Rao’s cumulative time made her the first overall female finisher for the combined races. It was an extremely successful weekend overall for Club Running and they will continue to strive for greatness as they prepare for future races!