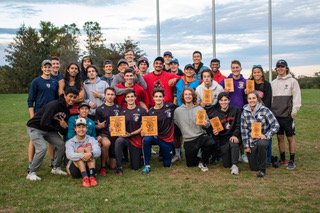 In the club bracket, for 16 spots available spots, Northeastern entered as the 1, 2, 4, and 10 seeds (meaning their top 3 squads were better than next 10 school’s top squads). They were unfortunately unable to match up on the Podium as UConn knocked off their B squad in the semis, resulting in a 1st & 3rd finish for the A & B squads respectively. The A squad didn’t drop a single game en-route to their 5th consecutive club sectional win! Twelve schools were represented in this tournament and Northeastern brought twice as many teams as the next school!