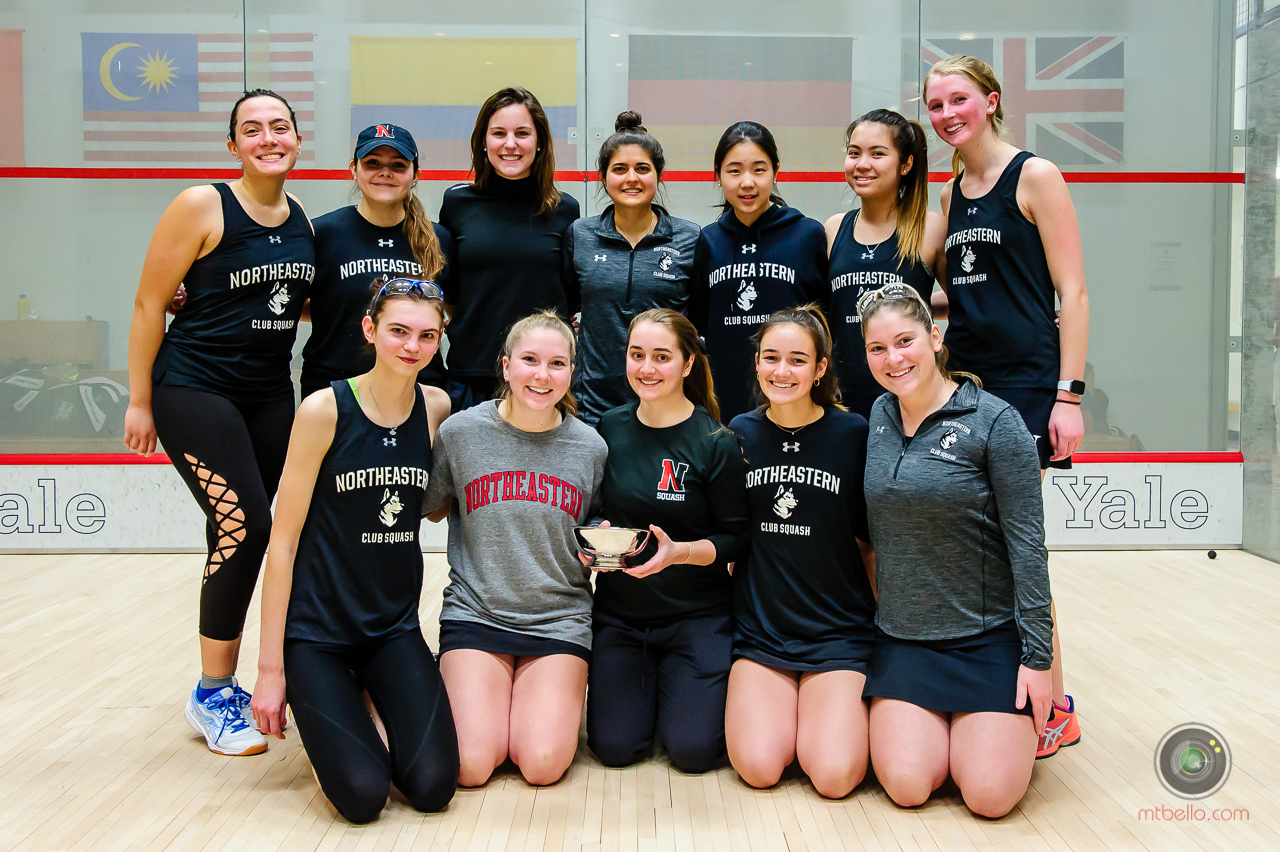 Congratulations to our women’s squash team on another successful tournament.

“The top two seeds started the day off at Yale this morning with a great contest between rising squads, Vassar College and Northeastern University. Similar to other final matches today, Vassar looked to be in a comfortable position, leading 2-1 after the first wave of matches. But, once again showing that every position counts the same, Northeastern started to turn the tide in their favor with two wins in the second wave, knotting the match at 3 apiece. Carrying that momentum over to the third round, Northeastern sped ahead, winning all three matches and the championship for the second time in three years.

In other E Division play, Denison confirmed their seed with an emphatic win in the third-place playoff. On the consolation side, Washington University in St. Louis and Colgate University earned wins on the final day.”

You can find the full article on https://csasquash.com/2020/02/23/harvard-captures-sixth-championship-in-a-row/