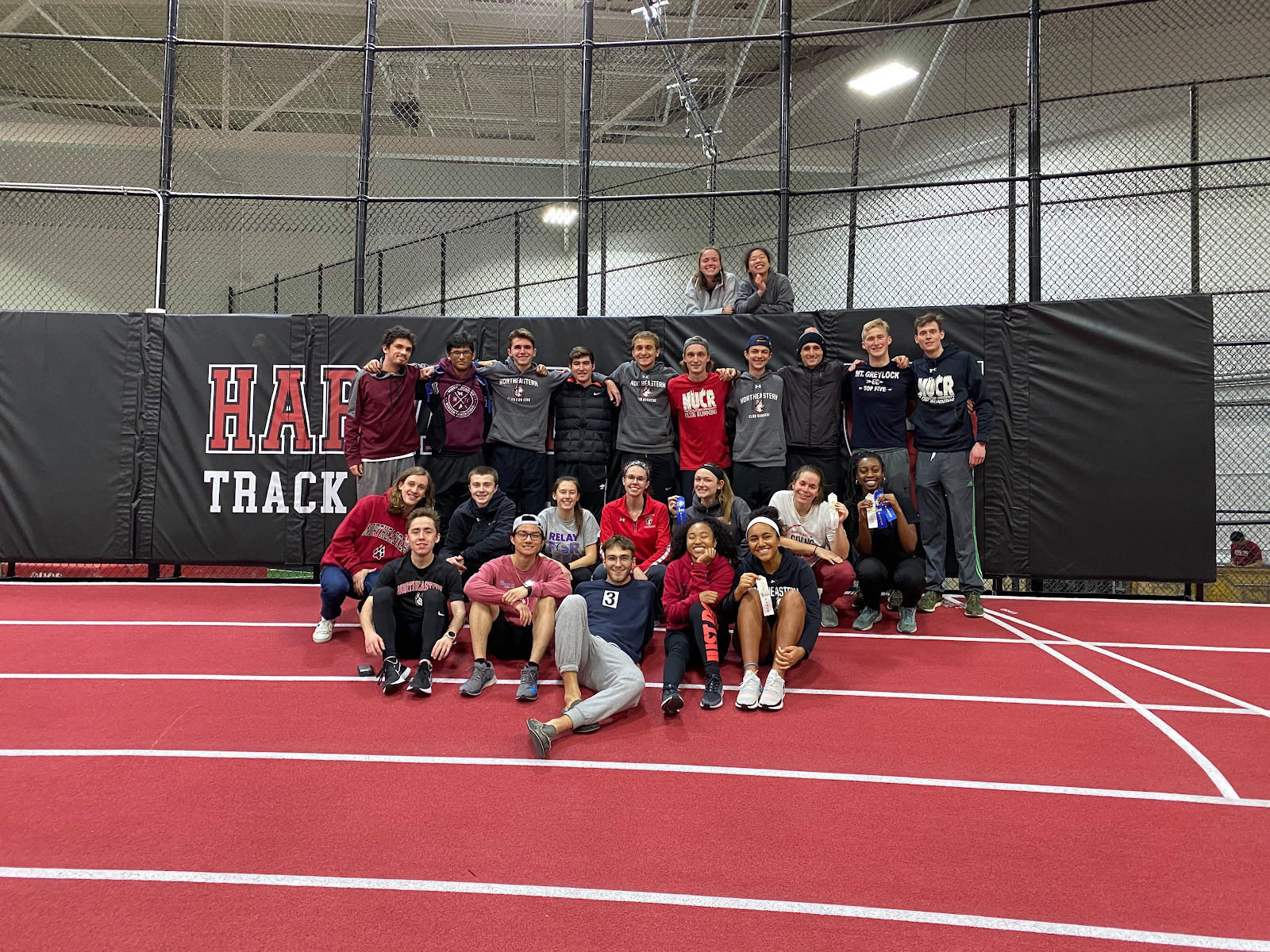 Club Running competed at Harvard Running Club’s indoor invitational last Saturday, finishing up our indoor season with great performances all around. Our women’s relay teams had a strong showing, with both the 4x400m and 4x800m squads placing first and setting new club records. In the 400m dash, Wes Baranowski set a new men’s club record of 51.9s with his first place finish and Levon Rodriguez grabbed second with his time of 52.2s. In the women’s race, Jules Kautz finished second with a time of 1:06.9 and Abbi Hartzel was third in 1:07.6. In the men’s 1 mile run, Brendan Hehir claimed first in 4:26.9 while Thomas Hinds finished second in 4:27.3. Abisola Olaogun topped off an impressive indoor season with wins in both the 200m dash (28.07s) and the long jump (4.85m) and a tie for third place in the high jump (1.42m). The winner in the high jump was Jeriyla Kamau-Weng, who lowered her own club record by clearing a height of 1.57m. The women finished the day first in team scoring and the men claimed second place.