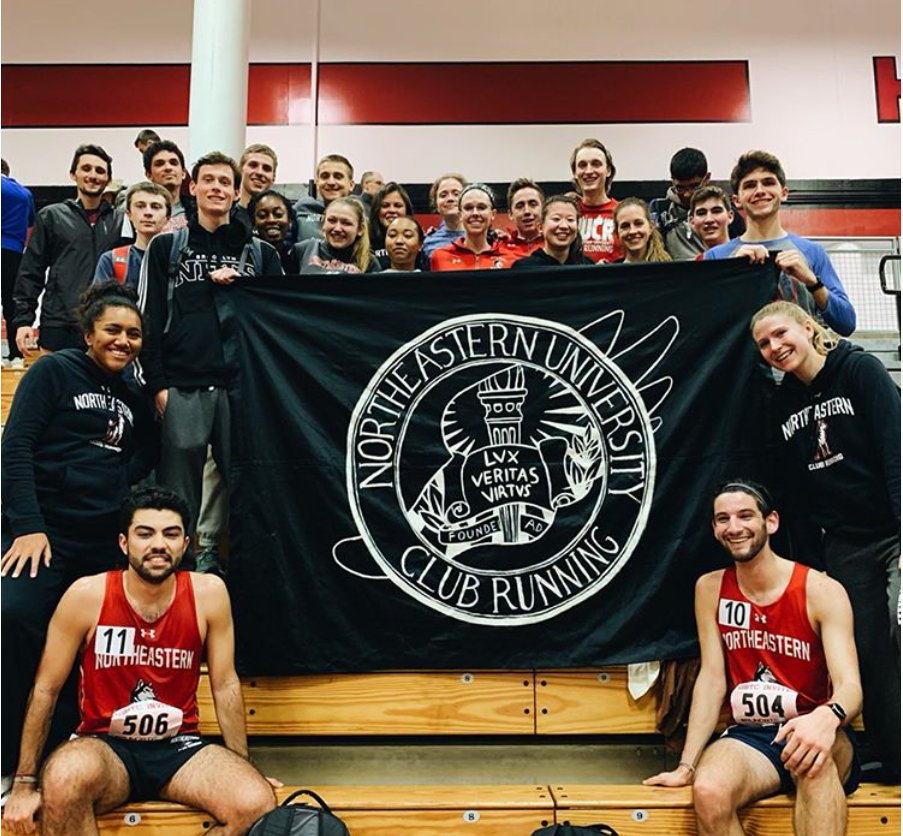 Club running kicked off their season this past Sunday at the Greater Boston Track Club Indoor Invitational. The runners came with a winning mentality, and that is exactly what they did! Brendan Hehir had an exciting kick in his run that allowed him to win the open section of the men’s mile in 4:27.33 accompanied by a win in the open women’s 3000m by Gabby Rao in a time of 11:31.62. Two, new club records were also set over the weekend to start the season on a high note. The women in the 4 x 220 relay – Jeriyla Kamau-Weng, Katelyn Gendron, Julia Kautz, and Jada Meadows – ran 1:57:41 along with a new record of 4.89m in the women’s long jump from Abisola Olaogun. Not too far behind them was Maddi Doherty claiming second in the women’s open 800m with her time of 2:35.19 and Jeriyla Kamau-Weng claiming third as well as matching her club record of 1.55m in the women’s high jump. The team is hoping to continue to build off this momentum as they progress further into their season. Best of luck to club running, continue to sprint into more Husky victories!