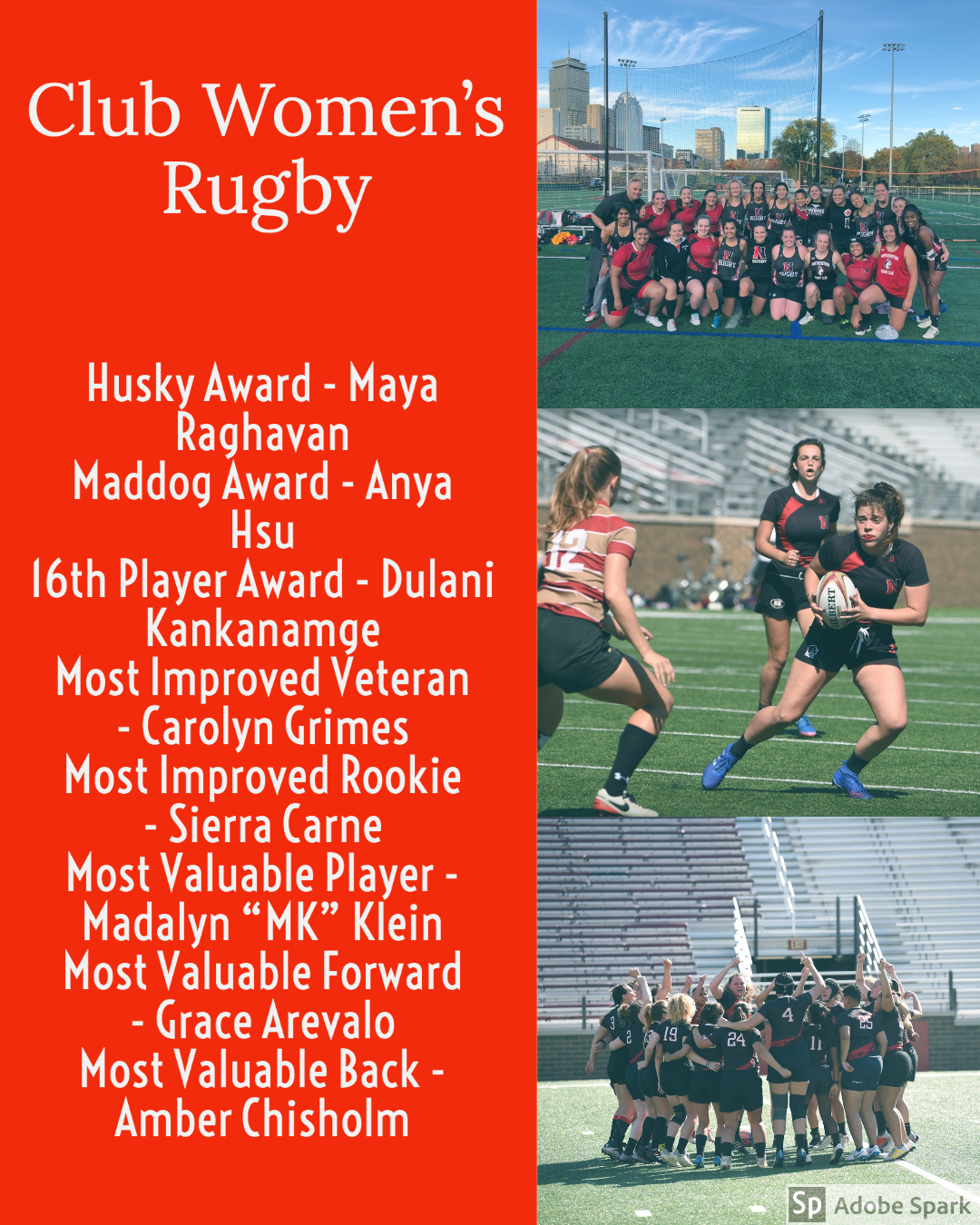 Shoutout to Club Women’s Rugby. They went undefeated during the fall regular season at 5-0 despite most of their starting line up last year leaving and graduating 15 seniors. They won their first game against UMass Amherst and then lost in the conference final against.

A game that stands out is the regular-season win against UConn. For years they have been at the top, going undefeated. It was a mentally tough game and there was an emphasis on working together. The difference in the game was a conversion kick made by Grace Pattarini.

Nicole Wynne:
Played number 10, fly-half. This is a ball distributor role that fit her well as she adapted to this new position on the field as well as her role as backs captain. Nicole stepped up and helped run practices as a coach as well as captain. Unfortunately, she had to stop playing early on in the season due to injury but she was still at every practice and game helping out where she could.

Alessia “Soap” Pelligrini started playing rugby before college in Hong Kong. She started off the season playing number 13, a big ball carrier position who’s job is to crack the defense and cause havoc in the midfield. When Nicole got injured, she moved into the number 10 position. (Fun fact: numbers correlate to positions not people!). She has so much to teach about the game, she has been a leader on and off the field. Congratulations on an amazing career.