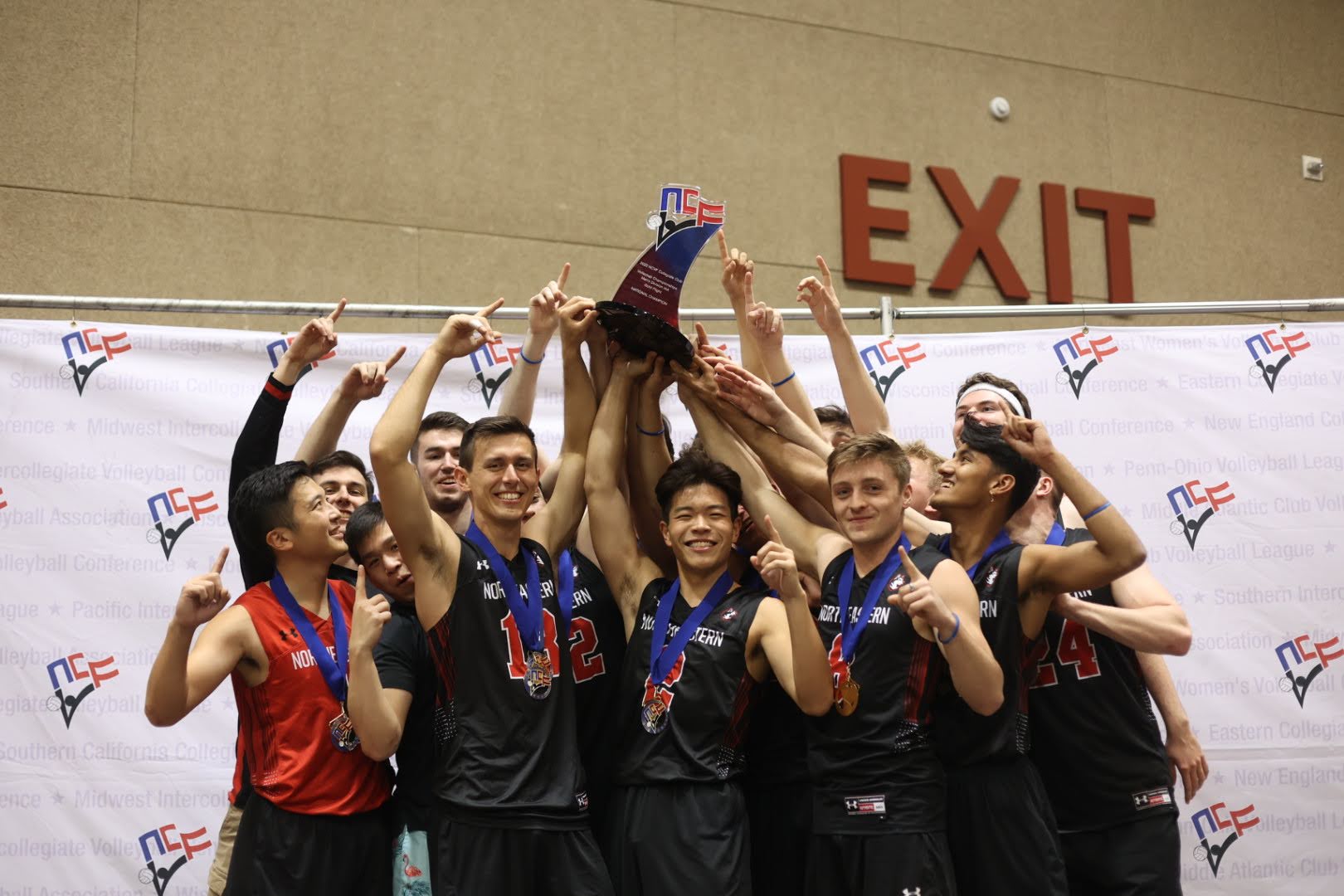 Since 2020, the Northeastern Club Sports Program has had its ups and downs because of the Covid Pandemic but never gave up and came back stronger this season to take on the nation.

With 64 teams and more than 3,100 active members throughout this year, the stakes were higher than ever. There have been over 1,000 club sports home events this year to help more than half of the teams to go to Nationals.

In total, five teams placed 1st in the nation at their National Tournaments, and around 20 teams placed in the top 10.

First, we have the men’s Volleyball team who won back-to-back the NCVF D1AA National Champion title this past month! The vice-president of the team, Eric Kim, won the all-tournament MVP, and three other players of the team were recognized as 1st and 2nd Team all-tournament. The women’s team also participated in this National Tournament and is currently a top-ranked team in the Northeast.

The fencing team became the number one team in New England and then traveled to Providence to compete at their first USACFC nationals. They are now the 2nd best Men’s/Women’s Fencing team in the nation, the men’s team finished 1st and the women’s team 7th.

The running team had an exceptional season after being named the Fall 2021 National Champions. They won many invitationals meets, like the MIT Happy Beaver Invitational where many runners set records like Brandon Onyejekwe, sprint captain, who set a club record in the 110M hurdles in 16.1s. 8 members also competed at the famous Boston Marathon back in April with some impressive times and plenty of personal records.

The equestrian team sent four athletes to the IHSA Nationals for the individual and horsemanship competition. The horsemanship team finished 1st in the Nation and Fiona Powell finished 3rd place out of a very competitive field of 16!

Men’s Inline Hockey finished 2nd at the NCRHA National Tournament, after a really good run in the pool play and elimination bracket but lost in the finals of the D2 national championship game to Michigan State, 2-1.

Cricket participated in their 4th NCCA national tournament, they went to the semi-finals but lost by 4 runs and secured 3rd place in the Nationals. The Northeastern Cricket Team is also the winner of the Regionals, and one of the players, Nikhil Nethaji Reddy Mallepally, was the Man of the Series for the Regionals.

Women’s and men’s Squash both went to the CSA Club National and finished in the top 10 of the nation, 2nd for the women’s team and 5th place for the men.

Men’s Lacrosse went on a crazy 13-2 record this season with a national ranking of #13, their highest placement in 15 years.

Both men’s and women’s rugby teams qualified for the 15’s and 7’s national championships in December and in May this year.

Women’s Hockey Ranked #1 in the Northeast region in their association and division and finished in the Top 4 of the ACHA National Tournament after losing during the semi-finals. Two athletes from the team were selected for the ACHA Nationals Second Team All-Tournament: Sierra Butler and Emily Pollis.

The men’s Hockey team Ranked #2 in the Northeast Region and received an auto-bid to Nationals, but finished 2nd in the pool phase of the ACHA National Tournament and was eliminated from advancing to the Final Four.

Women’s and Non-Binary Ultimate Frisbee, the Northeastern Valkyries, went to Nationals after qualifying in Cambridge during the New England D-I College Women’s Regionals where they got 3rd place. They went to Milwaukee to participate in the 2022 D1 College Championships where they finished in 17th place.

Cheerleading previously received their silver bid for the Nationals in Daytona Beach, Florida. They went to Florida last April and they placed 8th out of 15 in their All Girl Intermediate D1 competition after a long season of hard work.

The gymnastic team had a wonderful season after winning the 2022 NAIGC Northeast Regional Competition, and then went to the 2022 NAIGC Nationals where they placed 3rd overall! This is the highest placement from the team, and only the second time ever that the team qualified for finals.

Wrestling made its way to the Nationals after finishing in third place in the Northeast Championship. They then placed 23rd in the NCWA National Championship.

The Men’s team finished first in the New England North Conference with a record of 14-2. They did not qualify for the National tournament at the New England Regionals, but they had a huge season and they will come back stronger than ever.

Women’s and Men’s Powerlifting competed at the USA Powerlifting Collegiate Nationals in Lombard, Illinois in March 2022. The women’s team took 3rd place overall and the men’s placed 8th in the team equipped category. 36 athletes competed equipped and 21 of them placed top 10 in their weight class!