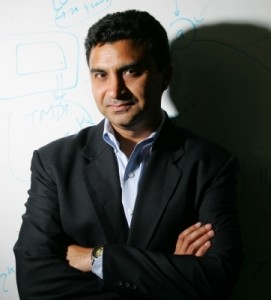 Security is a critical concern around the world, whether it is the challenge of protecting ports, airports and other critical infrastructure, interdicting the illegal flow of drugs, weapons and money, protecting endangered species, forests and fisheries, suppressing crime in urban areas or security in cyberspace. Unfortunately, limited security resources prevent full security coverage at all times. Instead, these limited security resources must be allocated and scheduled efficiently, simultaneously taking into account an adversary’s response to the security coverage (e.g., an adversary can exploit predictability in security allocation), the adversary’s preferences and the potential uncertainty over such preferences and capabilities.To help in efficient and randomized security resource allocation, for the past few years we have used computational game theory to build decision-aids for security agencies around the world. These decision aids have been deployed for security of ports and ferry traffic with the US coast guard (in the ports of New York, Boston, Los Angeles/Long Beach, Houston and others), deployed for security of airports and air traffic with the Federal Air Marshals (FAMS) and the Los Angeles World Airport (LAX) police, evaluated for security of metro trains with the Los Angeles Sheriff’s Department (LASD) and the TSA, and undergoing testing for protection of fisheries with the US Coast Guard and protection of wildlife in Uganda and for other applications. These applications are leading to real-world use-inspired research in the emerging area of “security games”: from new algorithms for scaling up security games, to handling significant adversarial uncertainty, to dealing with bounded rationality of human adversaries and other interdisciplinary challenges.