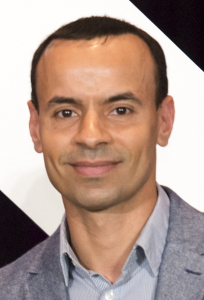 Prof. Sidi A. Bencherif received in 2009 a Ph.D. degree in Chemistry from Carnegie Mellon University. Following his PhD, he was initially appointed from 2009 to 2012 as a postdoctoral researcher and later from 2012 as a researcher associate in the laboratory of Prof. David Mooney at Harvard University and the Wyss Institute for Biologically Inspired Engineering. In 2016, he joined the department of Chemical Engineering at Northeastern University as an Assistant Professor. His research interests include developing naturally derived biomaterials that can be used for tissue engineering, drug delivery, immunotherapy, and studies into fundamental cell-biomaterial interactions. Prof. Bencherif has authored and co-authored over 50 journal articles in top journals (Science, PNAS, Nature Materials, etc), international conference proceedings, reviews and patent applications, and is the recipient of several fellowships, honors and awards.

You can find his CV here.

Make an impact in our research today!

Our laboratory accepts philanthropic donations. All financial contributions are tax-deductible.