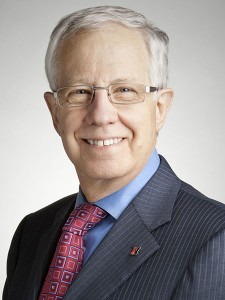 Stephen W. Director, Ph.D. is the Provost and Senior Vice President for Academic Affairs at Northeastern University. Prior to joining Northeastern he held a number of academic positions, including Provost and Senior Vice President for Academic Affairs at Drexel University and Dean of Engineering at the University of Michigan. Dr. Director is a member of the National Academy of Engineering (NAE) and a Fellow of both the Institute of Electrical and Electronics Engineers (IEEE) and the American Society of Engineering Education (ASEE). He is a pioneer in the field of electronic design automation and has long record of commitment to, and innovation in, engineering education. Dr. Director received his B.S. degree from the State University of New York at Stony Brook and M.S. and Ph.D. degrees in electrical engineering from the University of California, Berkeley. 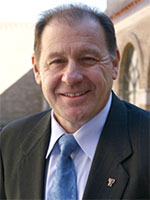 Professor Al Sacco, Jr. received a B.S. in Chemical Engineering from Northeastern University; and a PhD in Chemical Engineering from MIT. From 1978-1997 he was a tenured professor at WPI and was Department Head from 1989-1997. He flew on the space shuttle Columbia in 1995, conducting 200 experiments for 130 scientists. He was appointed and served as the George A. Snell Distinguished Professor of Chemical Engineering at Northeastern University from 1997-2010 when he became the Dean of the Whitacre College of Engineering in 2011. His research focus is in the areas of carbon nano tube initiation and growth, catalysis, zeolite synthesis, biosensors development, and synthesis and device integration of quantum wires from natural materials. He has published over 200 papers, given over 300 invited presentations, including commencement, plenary and keynote addresses and is a Fellow of the American Institute of Chemical Engineers and a full member of the International Academy of Astronautics. He has received numerous awards including four honorary doctorates (two in science, two in engineering), and was awarded the Nation’s Space Flight Metal in 1995. In 2010 he received the 2010 Distinguished Chemist Award given by the New England Institute of Chemists.

Title: “How to Turn a Student into an Engineer – Reflections on Engineers Without Borders” 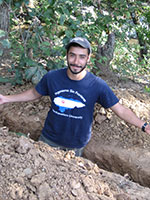 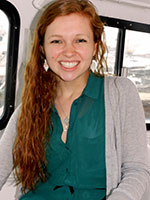 Kelly O’Connell is a fourth year civil engineering student at Northeastern University. She is the President of Northeastern University’s chapter of Engineers Without Borders USA, and has been involved with the organization for four years. She has traveled to Uganda twice to help manage construction of a pumped water distribution system for a village of 1,100 people. She is currently working for Energy & Resource Solutions, an energy efficiency engineering and consulting firm, for her third cooperative education experience. She is interested in the energy industry, and is pursuing a minor in mechanical engineering.

Jake Vergara is a third year Chemical Engineering Student at Northeastern University. Jake recently became involved with Engineers Without Borders, and has been loving it ever since. He contributes to the group’s work in both Honduras and Panama, and traveled to Honduras this past winter as the team’s translator. He is also a member of the Northeastern Men’s Club Soccer Team and helps run the Yawkey Boys and Girls Club Robotics Club. He is currently working at Merrimack Pharmaceuticals, helping forward the development of cutting-edge cancer therapeutics. 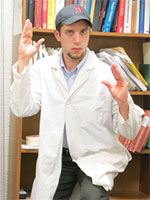 Title: “The Use Of Rhetoric To Obscure A Lack Of Content”

Dr. Dante Shepherd is the creator of the web photocomic “Surviving the World” and the writer of the webcomic “Ph.D. Unknown.” He has been making daily comics for seven years, and his work has also been published in WIRED and in I Love Charts. Dante is also an Assistant Teaching Professor of chemical engineering at Northeastern University, teaching Unit Operations and conducting engineering education research.

Science, Technology, Engineering and Mathematics (STEM) fields are applied fields that benefited from the creativity, critical thinking and expertise of individuals. Given the complexity level of contemporary problems, continuation of a prepared workforce that is skilled in problem solving is very important. However, studies have found that these fields might be perceived to be “uncomfortable” for students who enjoy creative endeavors, and that we continue to struggle in meeting the needed quality and quantity with our engineering graduates. Findings such as these have also been suggested as concerns for recruitment and retention of capable students in these fields. This is problematic because STEM graduates are among the important innovation drivers as noted in the Global and European Innovation reports. The talk will first highlight significant challenges we face in training the engineers for tomorrow, and then inform the audience about the NSF funding opportunities designed to improve the student learning and learning environments as well as broadening participation. 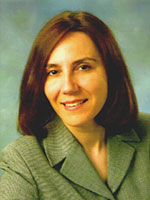 Dr. Gül E. Kremer is a Professor of Engineering Design and Industrial Engineering at the Pennsylvania State University. She received her Ph.D. from the Department of Engineering Management and Systems Engineering of Missouri University of Science & Technology. Her research interests include multi-criteria decision analysis methods applied to improvement of products and systems and enhancing creativity in engineering design settings. She is a senior member of IIE. She is also a Fellow of ASME (2014-Present), a National Research Council-US AFRL Faculty Fellow for the Human Effectiveness Directorate (2002-2004), an invited participant of the National Academy of Engineering (NAE) Frontiers in Engineering Education Symposium (2009), and a Fulbright Scholar to Ireland (2010-2011). Currently, she serves as Program Director of Division of Undergraduate Education (DUE) at National Science Foundation (NSF). Her recent research foci include sustainable product design and enhancing creativity in engineering design settings. 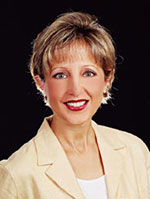 Dr. Ece Yaprak is a Professor of Engineering Technology in the College of Engineering at Wayne State University. She received her PhD in computer engineering from Wayne State University in 1989. She has held eight research fellowships at NASA research centers (John Glenn Laboratory at Case Western, Jet Propulsion Laboratory at Cal Tech, Ames Research Center at Stanford, and the Johnson Space Center at Texas A&M Universities) and the U.S. Navy (at its SPAWAR Research Center in San Diego). She has also served as a Fulbright scholar at the Nokia Wireless Communications Research Center at the University of Oulu in Finland in 2009. She is a senior member of the IEEE. Dr. Yaprak serves as an ABET IEEE/ETAC Commissioner since 2012. Currently, she serves as Program Director of Division of Undergraduate Education (DUE) at the National Science Foundation (NSF). Her recent research interests include vehicle networks, wireless communications and wireless sensor networks.