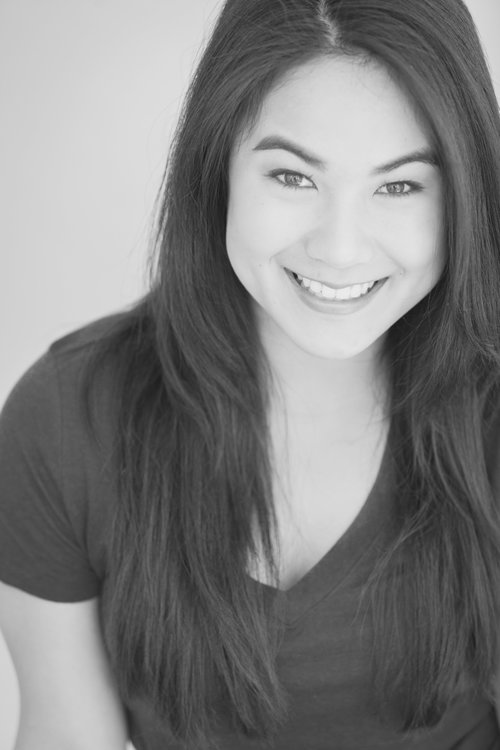 What was the process in deciding the layout of the installation and the progression of the viewer as they witness Michelle’s story?

It was a process of deciding on the layout of the rooms in order for the progression of the viewer as they move through show’s story. Right. Okay. So for me, Michelle Gabel, my cocreator, had all this rich source material, like she sent me clips of the home videos that are playing in the living room. She’d sent me some of the personal photos. She’d sent me obviously her professional photography. And I have been able to see Michelle’s world through these photos and I was like, we should build Michelle’s world. For me it’s how does each medium shine each room, so obviously the living room space and people have photography in living rooms. People have photo albums and I was like well, duh, will do the photos and the videos and the home videos in someone’s living room. And of course that’s the perfect entry point into someone’s life. It’s such an intimate space to go into and then for that bathroom I wanted to be intimate in a way that it was an individual experience. The living room is more of a community experience, it’s meant to have two or three people to kind of push you to open drawers, to flip open the photo album or, I have yet to have someone sit on the beanbag that I know of, I really want someone to some of that damn beanbag. But you know it’s making that environment comfortable and it’s a great waiting room space. I mean, you get a sofa, you get to chill, the carpet’s nice and fuzzy.

It’s very nice, I definitely think the bathroom was a good way of using the VR because I feel like at least with you having such a VR headsets it’s something like you look in the mirror to see that yourself that’s like the kind of intimacy of a bathroom. You’re already looking at the different headsets. And then you have to pick one and then putting it on you kind of see yourself.

Right, and that’s where Michelle puts on her prosthetic. And so for me it was like a perfect narrative, is was like the narrative influenced me just as much as the installation did. She puts her fucking prosthetic on in the bathroom, like of course that’s where we put the VR headset. Because A) it’s documentary work and we want to be as close to the truth as possible and the real, but B) like yeah you’re right, the bathroom is a place of beauty and though we don’t advertise this experience as necessarily being an experience about standards of beauty there is an aspect of beauty involved. And so it’s also a perfect space to take hidden photos which is an aspect of the experience as well. And I wanted you to have the moment of choosing who you want to become. Because I didn’t want to pigeonhole you into becoming a blonde haired blue eyed woman when you put on the prosthetic, which is why there are so many skin tones and eye colors and I don’t know if you’ve seen but we have four more. But the idea is that the space in the bathroom can be explored freely as well. So if you do open up those other drawers, it’s just towels on top like you would have in a bathroom. And that’s for me is the best way to tell stories. Seamlessly, right? The technology doesn’t feel like you’re walking up to a VR experience, you’re still within the narrative. The natural progression is you’ve been in this like very confined intimate space called bathroom, which we all have our own intimacies in our rooms right, but the dining room for me is a community space. A dining room is where you host people, it’s food, it’s a moment where you kind of have this relief. And Michelle just is amazing because you have the yellow kitchen, and that’s just so joyful and wonderful and open and breezy airiness. God that’s a fucking amazing climax. And why not have Michelle being at her own dining room table, just like you see in the photography or just like you see in the experience.

When did the idea of a physical installation come into play? Was it the driving force behind the execution of displaying the story or was it the result of some other process?

Michelle Gabel came to me and was like “Hey I have all this photography, like what should I do?” And I showed her VR and she was blown away. But Michelle’s story is so compelling, it would be a shame to just put it into a VR headset. Michelle’s story isn’t meant to be told on a wide scale like Little Star, Vive or whatever. It’s not a gamable experience, and it shouldn’t be. And I wanted to do something more with it, so I drafted her a pitch deck. I just put down my vision, and honestly everything you’re seeing today is directly from that pitch deck. I don’t think anything has changed, except for the dining room is more one-on-one intimacy versus I envisioned originally the dining room being three to four people but we ended up not needing it. I was using that as a workflow if we got backed up. People end up staying in the bathroom for a little bit longer and people don’t end up staying in the dining room as long, so it’s perfect. But it’s literally the exact vision I’ve had, the hidden photo, so you have a picture of yourself the original facial prosthetic the plastic. 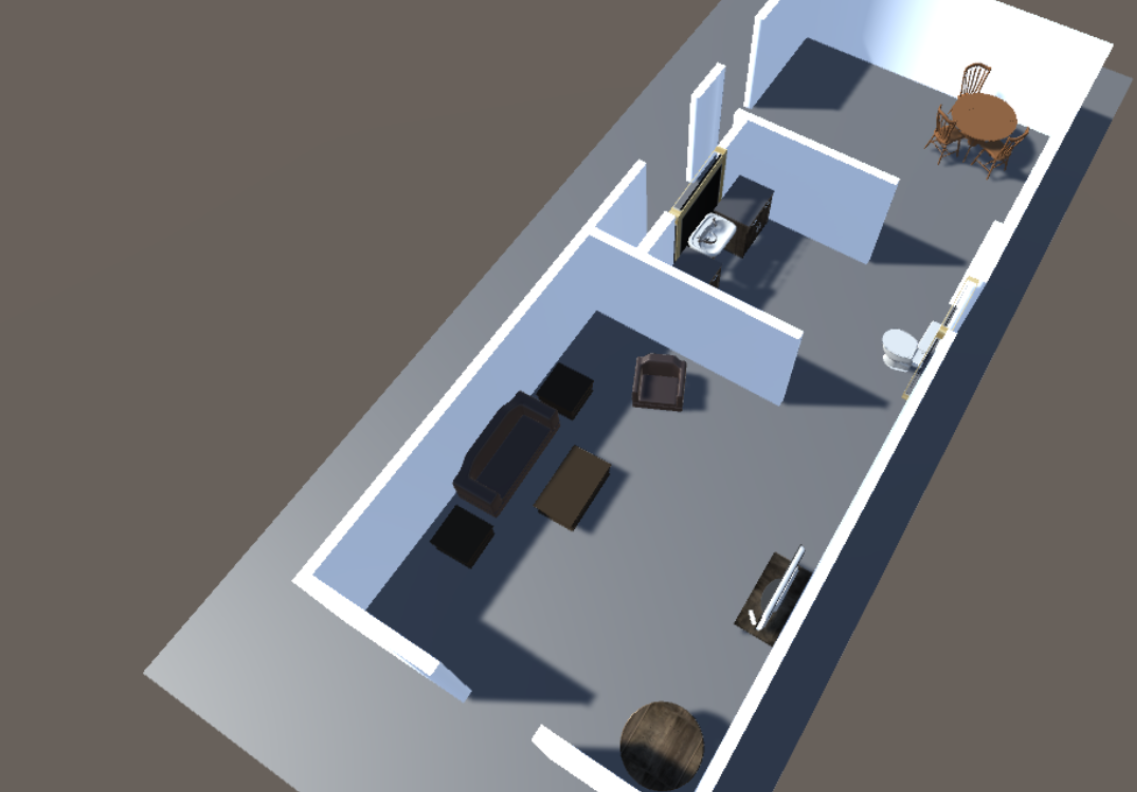 3D Model of the Face-to-Face Installation

What was the most rewarding thing about working on this project and what proved to be the most challenging?

I think the most rewarding part is definitely being able to hang out with Michelle every day because Michelle and I live pretty far away. I work out of New York City she works upstate New York. Michelle Gabel and Michelle Fox live really close to one another, so I’m kind of the odd man out. I’m the Brooklyn Babe. Getting to hang with Michelle every day in this festival, and hanging out with Maya, and being with Michelle when she’s meeting new people like fuck. It’s just so powerful, so powerful. Like watching people exchange cooking recipes, watching them exchange information about their children and how it be terrible if they never saw their children. I’m watching them shake Michelle’s hand with this look of awe in their eyes or Michelle giving people hugs. And then of course, Michelle and I get a little bit of downtime between people coming through, so just getting to talk about all sorts of things and talk about ourselves and being goofy because Michelle and I just too goofy. We are goofy-est goofballs. And she’s blind, so being able to really touch her and feel her and let her know I’m sitting right next to her, and kind of cuddle with her sometimes I get really emotional. She’s fine, she’s like this is so much fun. And I tell her I can’t do this anymore. And that has also been the hardest part I think for me. People keep telling me like, wow this is so incredible, you’re going to do so many amazing things. And that is really hard for me to hear only because it’s great to hear, but we don’t have funding and we have a Indiegogo but that hasn’t raised much money. It’s not like I doubt, it’s more of it’s so hard for me to hear people be so congratulatory. The reality is, yes, my dream is to bring it to the U.S., but as of right now no one stepped to the plate.

What prior experience proved to be the most helpful with the creation of this specific project?

Oh yeah, I was a dancer, so obviously my dance skills came in real handy. No, but seriously, dancing and choreography is my foundation for my 360 videography. So dancing and being able to choreograph a scene in not just 2D space. I’m not a film student, I’m a dancer. I was a journalism student, so obviously with journalism it’s important to understand ethics and understand morals and understand good storytelling techniques. I worked for Disney, Legoland, and for SeaWorld. And immersive worlds was what I was doing all through college, so I had this dichotomy of where I’d be going to a journalism class every day, enthralled by nonfiction storytelling, but then going to these like overtly immersive spaces that were telling their own very valuable stories. And so for me I was like God, journalism needs to be doing this! I’m also an editor so understanding editing in addition to a particular story and weaving a narrative is huge as well.

Was there any particular motivation behind displaying/creating a physical version of Michelle’s story and is that same motivation seen in the final installation?

Hell yeah, Michelle Gabel’s work. Our marketing materials specifically say photojournalism and audio storytelling by her. Audio interviews are the foundation of this space, one hundred percent. All that video from VR, all that audio is stuff that Michelle Gabel gathered from four years. All these photos on these walls and the access to these home videos and photo albums, they’re all Michelle Gabel’s. Michelle Gabel and her four year long endeavor to bring Michelle Fox’s story to live and my ability to see a vision and then having trust in me to make sure that vision is told.

It was mentioned at the summit that VR was to be complementary to the other forms of media in the installation, were there any other significant considerations kept in mind when making and implementing the VR video?

Yeah, we optimized it for everyone, so we have a version optimized for blind people, a version optimized for hearing impaired with subtitles. Everything in the whole experience has subtitles. We have a version optimized for children, we a version optimized for people with previous gun injuries or previous PTSD with guns. We want to make Michelle’s story as successful as possible. Honestly you come to the livingroom and leave and I think you’d still get something out of it. This experience is not about forcing anyone to do anything they don’t want to do. You actively open drawers, you actively flip photo albums, you actively sit on the sofa, you actively put on that VR headset, and you actively go into that dining room not knowing what’s behind that door. In VR, I feel like sometimes there’s this idea that like we need to push you in a certain way as a user. We need to use sound to make sure you’re looking this way so you can watch the bomb fly overhead. We need to make sure that you see the highlighted star object to make sure you pick it up. VR is supposed to give you agency, yet we somehow have to push you through a narrative in VR. So how do we push through a narrative if we are supposed to give you free agency? Until we become like “War of the World” status or “Drung Dungeons and Dragons” status where you can literally live on an open platform on an open gaming system and go through that experience completely with your own agency, VR is not a free agency mechanism.