Porton Down is a VR experience created by Callum Cooper depicting the experiences of a British ex-serviceman Don Webb who found himself in a LSD drug trial that ultimately changed the course of his life. The producer behind Porton Down, Constance Nuttall, speaks about her experience working on this project, as well as her other production work. The protagonist, Don Webb, elaborates on his involvement in the project and his life story on which the project is based. 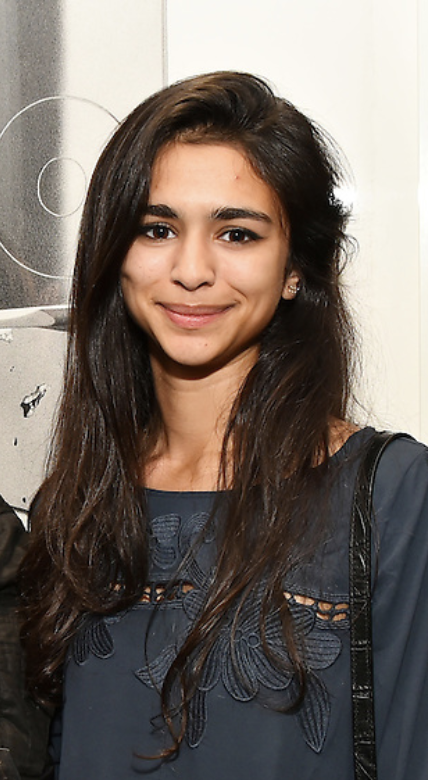 What went into your decisions to set up the physical space of the VR experience like a science lab? Why do the volunteers dress in lab coats and ask the participant a set of seemingly unrelated questions before the experience?

The questions are to get a sense of the [type of] people who were coming to the experience. It’s not necessarily related, but the questions are, for example, “Have you ever tried VR before?”

I remember one of them was “How often did your parents hold your hand before crossing the street?”

What do you plan on doing with the data?

The data is more for reporting. We might analyze it a bit, but it’s more for our own interest. Nowadays in tech, people are building profiles about us based on the data we get from the internet. To a degree, it’s a very incomplete picture of who we are and the image that we have as online presence. It’s kind of interesting how data can be misinterpreted and misrepresented. So for here, the VR headset data sheet is pulling from different data points. The sensors will detect your height and it can look at the size of your hands, but it’s not quite exact. It’s interesting that the headsets can gather all this information, but it’s not necessarily correct or accurate. It’s just an interesting idea.

What inspired you to work on this project: the medium or the story? I’m aware you know a lot about the history of LSD testing in the US and the UK.

(Suggested reading by Constance: Acid Dreams by Martin A. Lee)

It really came from [the director] Callum. He had this project which sounded really interesting. I hadn’t done anything in VR before, so it was really a great learning experience to see how it worked and see the potential of the medium.

As a producer, what parts of the project did you coordinate?

It’s really just making sure everyone is doing what they need to do, staying on schedule, and making sure creative decisions are happening when they need to. It’s also organizing our presence at this festival, organizing accommodations and flights, and as this project continues on, trying to get it to other festivals.

Before you started this project, did you produce for other projects?

Yes, I do producing for museum exhibitions. We’ve done stuff in the UK at the Victoria Albert Museum, at the National Army Museum, and at the Maritime Museum. It’s anything from live action film to animation to branding guidelines–kind of a gamut of things. It’s always interesting because you’re working within a theme. We did one about World War II. We did one about costumes. You really get immersed in the specific world, [researching and learning about the topic].

I noticed on your name tag earlier that you work at Squint Opera. I was looking through the showreels and all the different kinds of graphic and media work that your company does.

We do a lot of eclectic random stuff. We do architectural visualization. We have a children’s TV show. My specific department does exhibitions.

How did you get into exhibition work?

By accident. There are exhibition design firms and they will work with the museums to come up with the actual concept of the space. We are media producers, so we come in the step after. The concept is designed, but then we actually come in and create the content. That also involves concepting and refining ideas and ending up with this end product. There are different [types of] companies: some of them do both of those things, some of them are separated out. 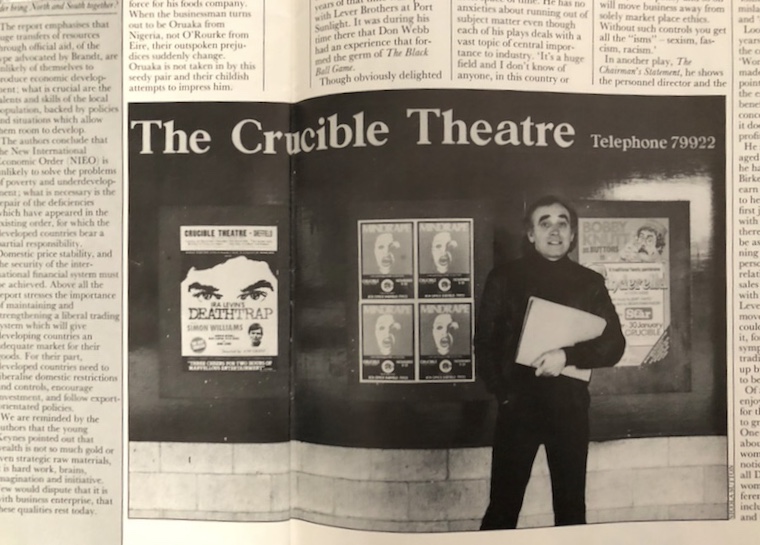 How did you get involved with this project?

Do you think the end product is similar to the play you wrote yourself?

[The play is] an almost exact representation of what happened to me, but written as a thriller because when I wrote it, I was subject to the Official Secrets Act. When I wrote the play, I hadn’t sued the security service or anything. I just wrote the play as a play. It was Callum who dissected all of it to make [Porton Down].

How long has the project been going for?

When you guys first started, was the final project the original intention? Was it the same story?

These things are organic. It grew. The story is the story. The story is history. You can’t tamper with history. You can interpret it differently, but the actual story is the story. And you can see the other story when you google my name. You’ll get it. And you must also–do you have netflix? Have you seen Wormwood? That was what was happening in America at the same time. It’s a six parter. It’s very somber, but it’s based on truth. When it blew up in the UK, they stopped. They stopped experimenting on servicemen. The US didn’t do that. I’m not gonna spoil it watch Wormwood and you will get the 3d picture. That’s me and google and Wormwood and you will get a round picture of what happened. It’s vastly interesting and informative.

It’s insane to me that all this happened and it just slipped under the carpet.

That’s right! And now we’re digging it out again, but at the time, it did.

If you had the chance to relive it and had a choice to eliminate the events that unfolded at Porton Down, would you?

How old are you?

The question you asked is one that many, many people will ask. How do you think things would’ve happened? Well, we don’t know. And that’s the enchanting, revital part of being alive. That’s what that is.