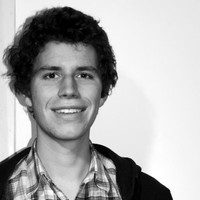 Martin Hurtig is an experience designer working at the intersection between art, technology, and the physical world. He produced Sensible Data/Mixed Emotions, an interactive installation that takes a photo of you and analyzes your age, mood, and attractiveness using algorithms. 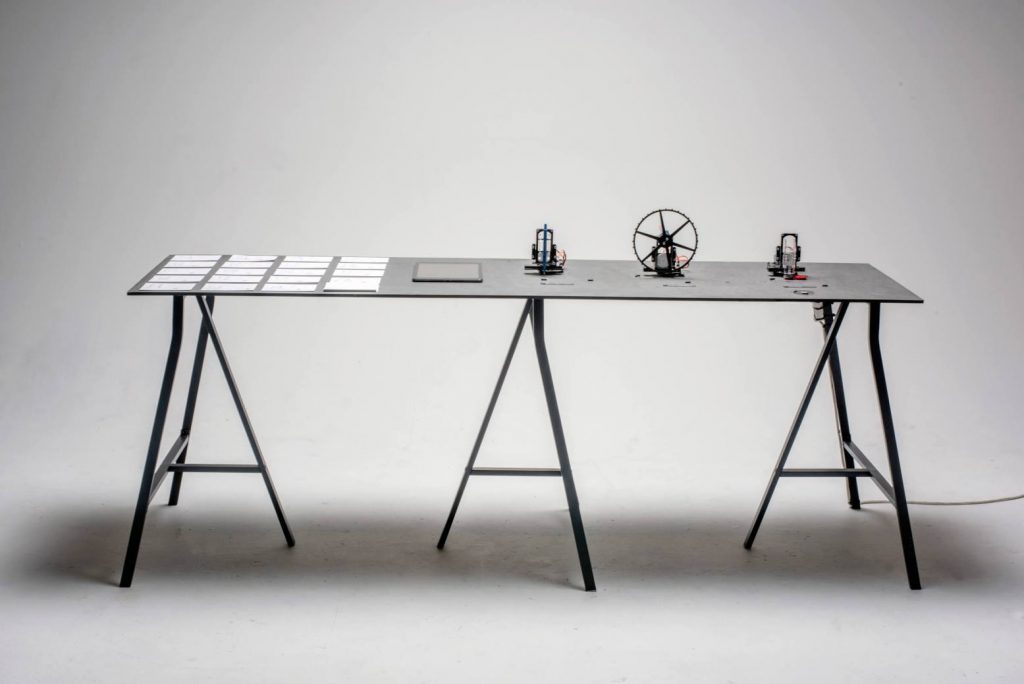 Erin Wang: What is the whole inspiration of this project?

Martin Hurtig: There’s multiple things to it. First, I was very interested in drawing machines. I find it is an interesting method of [answering] the question: What do you want to delegate to the machines and algorithms? Like, do you want to have like robot artists? Then two years ago, when Snowden made his revelations about the NSA collecting data, I…I did not really know what to do with this information. Does it affect me? Does it affect others? It’s very abstract [concept] so I wanted to try this. And I think for many people, [for them] it’s a very abstract topic and they don’t really know what’s going on so I wanted to try something that makes this a bit more tangible and a bit more experiential.

Erin Wang: Why did you decide to do certain topics like mood, attractiveness, age?

Martin Hurtig: I was looking at different algorithms and what they are able to detect and these I found them to be the most interesting ones. Like, during exhibition, it often gets competitive or people are really curious about what their beauty score would be, like if their beauty score is absurd or not. I think it’s good to pose the question about what do you want the machines to do and what you want the machines to answer and what can you parameterize. Is it possible to rank these topics? 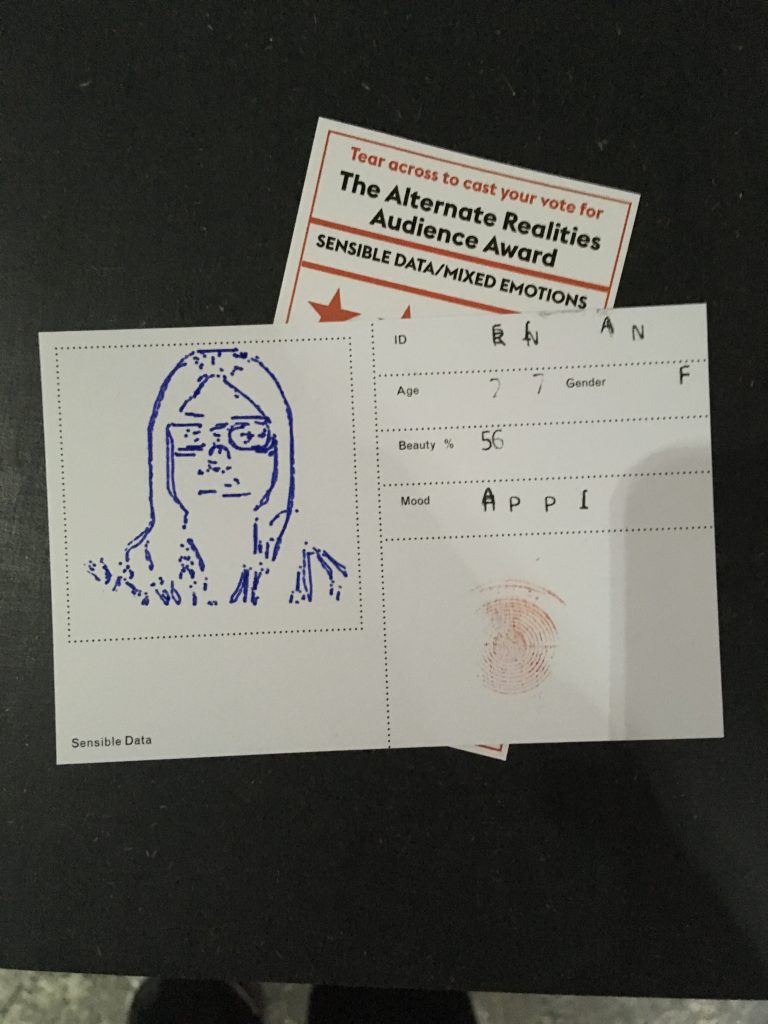 Erin Wang: Why did you decide to do this project more physical, real life based?

Martin Hurtig: I did a lot of web design and app design work, and I’m always frustrated with it’s virtual nature. Like, my brother is a construction worker and he makes bridges. When he does something it’s…it’s really there you know? For me, it feels like when you make an app or a website, it’s like purely virtual. And after like two years, it becomes obsolete! That’s why I decided to do something more physical. It feels like you’re creating something real and physical  and I really, really appreciate that.

Erin Wang: I’ve seen that you’re an experience designer. What other projects have you done? Why did you decide to show off this project?

Martin Hurtig: My other projects includes one that makes sound. I’ve used a series of cacti that if you touch them, they express themselves. I’ve also done another project like a guitar back that transforms into a guitar and by using the zippers, you can strum and change chords. I showed the curator all my works and he decided that this one was worth of showing off.

Erin Wang: How were you able to program this projects? Any tips for people who want to start?

Martin Hurtig: The project uses a lot of open source. In fact, you can download the machines I used. However, I also did some training in programming so I still had to write a lot of code to put them together. Overall, this skill that I got is from the training. For beginners, I recommend [them to] buy an Arduino. I teach workshops sometimes and they’re a one week introduction with the Arduino. With the Arduino, you’re able to add the physical dimension. The physical dimension really makes things much more interesting than if it’s just screen based. For example, if you just did a simple code with LED lights that could blink, then you could put some concept to it too, like a warning button or like a interface of a spaceship or anything. For me it adds more. This physical layer adds and helps to add scenography and immerse yourself.