Director of The Journey 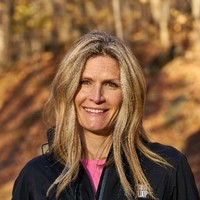 Why tell this story? And why tell it in VR?

I’m actually going to answer the second question first. I chose to do VR because it is a much more immersive experience. When I found out that we had the option to shoot in VR, I wanted to take that opportunity. A film that is shot in 360 video gives you a lot of more options as a content creator as opposed to a rectangular screen. In regards to the story, we were commissioned by UNICEF to tell the story, but more importantly I wanted to tell the story of these kids lives. Although they have had very difficult lives, they all had stories that were quite empowering.

How much control did UNICEF have?

UNICEF had an idea of what they wanted filmed. They wanted a day in the life of these kids and they had a list of different countries and we chose two of them. After we decided to shoot in Chad and Yemen, the rest was on us. We had the creativecontrol over the piece and got to decide what to film and we chose to tell the story of the three children. They were all different ages in order to hit the main aspects of childhood. As a baby, you are concerned over getting the necessary nutrition. As a young boy, education becomes more of the focus and learning to read and write. Once you’ve matured into a young adult, the focus becomes more on finding jobs and developing skills.

How did you decide how to cut this piece together?

We cut It in a linear way. We cut the video in Adobe Premiere and then tested the cut in the VR headset. Cutting is simple in 360 once the stitching is done. The stitching took a long time to do. Editing was a bit difficult because we were trying to decide the pacing of the video. We couldn’t decide how long to keep certain shots on the screen because oftentimes the shots were moving way too fast. We wanted to drive the story, but we also had to leave some space to absorb the scene. The final video you saw today was better, but I still think it’s a bit too fast.

How long did that take to film? How many trips?

We were a 3 man team filming, so it was actually a quick process. We took about two days at each location to film. However, it took a long time to get to some locations. The little girl you saw in the video in Yemen lived very far away, so we spent about 5-6 days in the country travelling there.

Where do you stand when shooting 360 video?

We try to stand in a spot that doesn’t get a lot of foot traffic and then get played out by a photographic image. In a lot of those shots we’re standing right by the camera, typically somewhere there is no action. If people walk in mid shot, we to refilm the entire scene. We actually had that happen a couple of times and it got a little frustrating, but it is worth it to have the final product that we did.

How are UNICEF distributing It?

UNICEF doesn’t really have a plan on how to distribute the video and they haven’t provided funding for the distribution process yet. Right now we’re self funding to distribute the video to audiences. UNICEF was really focused on producing the video, so the distribution aspect of it took a backseat. There have been talks about potentially releasing it to their YouTube 360, but YouTube 360 isn’t a popular medium, so we’ll see. UNICEF likes to talk internally, so there isn’t a lot of information we know about.

How was the filming process?

We wanted the viewers to feel like they were the kids. We wanted you to feel like you were walking you into their lives. We experimented a lot with different heights because we couldn’t decide what felt the most natural. The filming process was also pretty funny when it came to the shooting in Chad. All of the kids wanted to be in the video, so they stormed the main character to the point where we couldn’t even see him anymore. The last show with him was actually in a fenced off basketball court that required a key to get into.