Asad J. Malik’s Terminal 3 differs from the rest of the projects on display at Trafalgar Warehouse, as it offers an Augmented Reality experience. Upon walking into the room, you put on an AR headset, and you are able to see a person as if they are sitting on the stool in the room. My experience involved a young woman in her twenties. The situation being played is an interrogation at a United States airport, and your purpose, as the interrogator, is to ask questions to the woman returning back to the U.S. from her visit to Pakistan. In the beginning of the experience, you are told to state what is written in white on the screen. Often you are shown two questions and have to pick one of the two to ask the woman. Through the questions, you learn a lot about the protagonist’s family, life, and experiences of being a minority. At the end of the experience, once you have asked all your questions, you are prompted to tell the woman whether she is good to go or if she needs to go wait in the other room for further questioning. 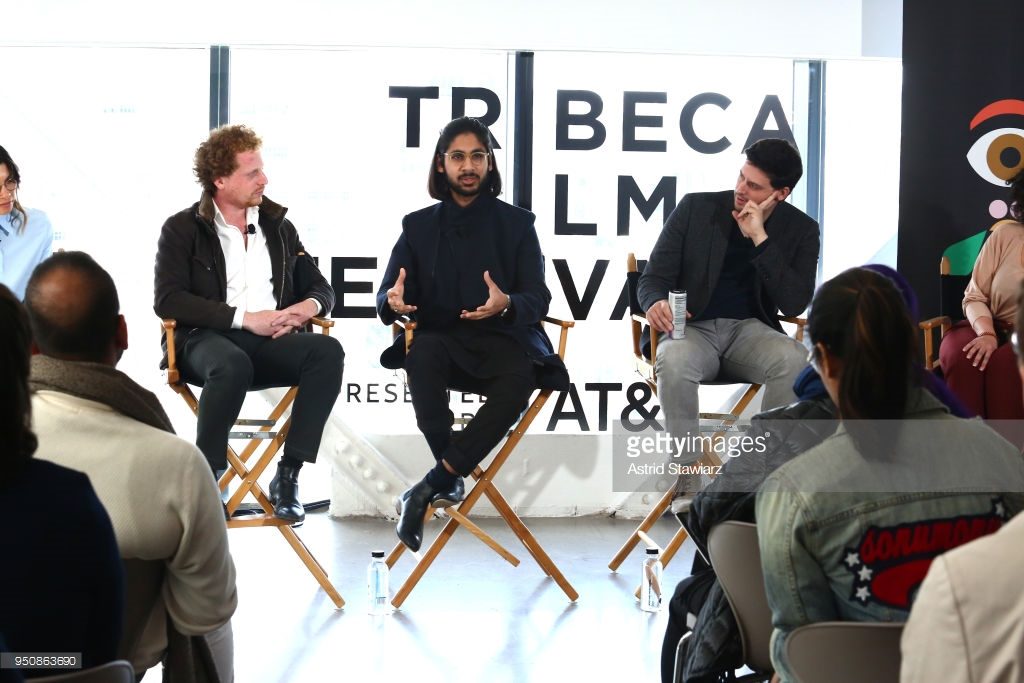 The emotional attachment to the protagonist is achieved through the auditory experience. There is an important visual component to the project, such as viewing the questions to ask and seeing the woman get questioned. However, the woman is blurred out to maintain her anonymity. Getting to hear the woman’s voice gives us an interesting and insightful dive into her life. The conversational approach makes it seem like you are in the room talking to her. At first the woman gives short answers, but starts revealing anecdotes towards the end of the project. As the woman opens up more, it feels as if a relationship is being established. A linear approach would be much less personable because you would be taking out the human interaction. The augmented reality works very well with this project: the room is designed to be an interrogation room, and since the viewer is not completely cut off from reality, the experience seems very realistic.

Despite the emotional connection, the story has some holes. I found the main purpose of the project to be unclear. My interpretation was of the purpose was to teach viewers about different cultures. However it could have also involved discovering discrimination of minorities in the U.S. A piece with a main, clear point could resonate a lot more with viewers. This could be achieved through increased interaction and stories. It would be interesting to interact with multiple people, which would allow for different perspectives and personalities. It also would be nice to see her in moments before and after the interview to learn more about her. For example, I would like to know why she is being questioned so heavily and where she goes after the interrogation process. More information about the protagonist would help the viewer build more of a connection to her and make the story more powerful. 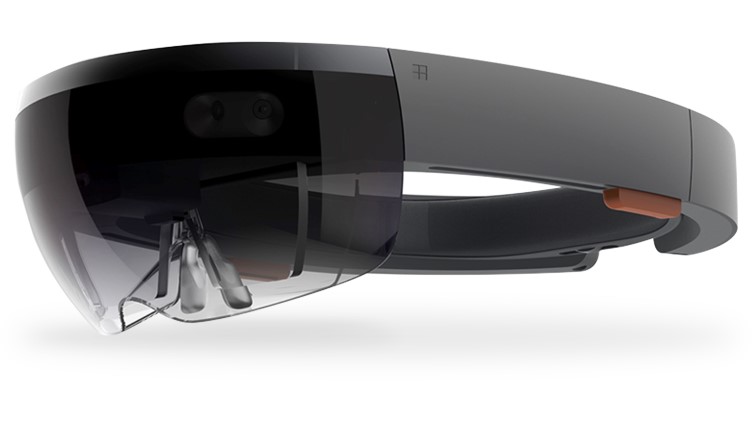 This is a HoloLens similar to the one that’s used for Terminal 3. You can still see everything around you, just with a visible hologram.

The questions play a guiding role in this work. The viewer is forced to determine which questions to ask based on curiosity and context. Some of the questions presented were very invasive, and were difficult to ask despite asking them to a hologram. For example, one of the questions was if she had any ties to the Taliban while in Pakistan. One of the common themes presented in the project was open-mindedness. Born to an American mom and a Pakistani father, the protagonist has the opportunity to explore both cultures. As a result, she is uncertain about what she believes in. Her “spirituality”, or desire to stay open-minded and acquire knowledge, is displayed through the protagonist’s view of the moon as poetic and her explorations through Pakistan. Towards the end of the work, as the woman opens up more about her personal life, you start to feel more of a connection to her, which is somewhat stripped once questioning is over and the woman leaves the room.

The augmented reality and discussion experience is a unique way to teach the viewer about Muslim culture. You learn about the culture clash when the woman’s father decides to marry an American woman, and the family rift that ensues. Also, through the woman’s self-discovery, you learn a lot about the knowledge she gains through her explorations. I think another purpose of the project is to raise awareness of the discrimination that Muslims and other minorities can face in the United States. Though it seems pretty clear that the woman poses no threat to U.S. national security, she has to battle to get back into her home country. As a result of her ethnic background, she is forced to sit through a series of uncomfortable and personal questions.

Overall I think the work is successful in teaching the viewer a lot about Muslim culture and the struggle of being a Muslim in the United States. I felt like I was talking to the protagonist, and helped me feel a strong connection to her. Though I felt there were some missing pieces, I overall found the work very impressive, and feel that the use of AR experiences like these are not abundant enough. Currently the only commercial AR that is really well-known is Pokemon Go. As displayed with Terminal 3, AR is a powerful tool to tell a story and convey information. A good example is the AR Ikea Apps, which allow the user to find more information about products, virtually decorate a room, and more. In all, the augmented reality technology provides a unique experience of connecting the real and the virtual, and as a result is an effective way to relay information and stories to viewers.