An Interview with Jonny Keeley 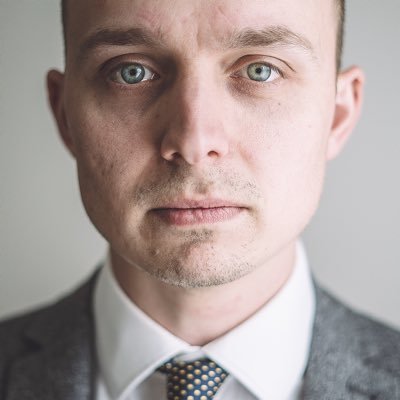 Jonny Keeley is a Brand Specialist at Igloo Vision. He attended Sheffield Doc/Fest to oversee operations of the Igloo, a dome used to display 360 video. He has lots of experience in media, having skills in music, photography, and videography. In this conversation, I talked to Jonny about what VR truly is and the difference between the Igloo and headset experience.

Chase: How did you come to Igloo Vision and what are your day-to-day responsibilities with the company?

Jonny: Before Igloo Vision, I was a musician. We were an independent band, and we did everything a band needs to do, such as photography, video, blogging, and social media. All of these things are really valuable in companies. Igloo is a local company where I live in Shropshire. All of those skills were really valuable for Igloo too. My responsibility at Igloo is to handle social media, take photos, and manage video content. Then we use those to engage with clients and show them exactly what we do. [Igloo is] a niche, but also broad, product, so everyone can use an Igloo for their own sort of area. It’s really important that we have content that shows the depth of [the Igloo] because, from the face of it, it really just looks like a 360 degree TV screen. However it’s a lot deeper than that.

Chase: What brought you to Doc/Fest and what are your impressions of the festival so far?

Jonny: Obviously, I’m here with Igloo and we’ve brought seventeen films with us as part of Portal, which is how they branded our Igloo at the festival. I think this year is incredible. The films that I’ve seen are generally amazing, specifically the films I’ve seen inside the Igloo. This year has just been amazing. It’s a testament to how much 360 cinema and film is developing. I think that it’s going a hundred miles an hour. It’s incredible.

Chase: How do you think the 360 film experience that Igloo provides helps improve the user’s experience?

Jonny: There are a few different key ways that it improves the experience. I would say that a lot of these films are quite emotive, and seeing them in a group actually adds to the experience. When you’re there with people, you’re experiencing it together and seeing these tragedies or happy moments all together. It feels like you’re a team , but still an individual experiencing it on your own. Headsets are a solo experience. In the Igloo, you get to be there with your friends or just strangers, which is lovely. The other thing, from more of a practical point-of-view, is that these filmmakers have put a lot of work into these films. So far, everything’s been fully booked. The speed at which we can get through people is very high because [we don’t need to rely on only one headset]. Maybe [an experience can have] multiple headsets, but still, you can’t have loads and loads of headsets playing the same film. So the one really great thing about Igloo is you can get six, sometimes more [people viewing the film at once]. With the bigger products, you can get twenty, thirty, forty, up to hundreds and hundreds of people in there. For the people who have made these films, the [more eyes they get on the film, the better].

This is a view from inside an Igloo, showing the unique immersive yet shared experience that it provides. http://techtalkshow.co.uk/tech-heroes/igloo-vision/

Jonny: Yeah, there’s a definitely a little immersion that is lost. However the thing is that headsets at the moment are trying and sometimes trying a little too hard to put you in a place. I think some projects deliver story, and some are trying to deliver presence. I’m looking for story and I’m looking to be immersed just the same way you’d be immersed in the cinema, but adding the medium of 360 screens to that. I don’t need to feel like I’m physically there because I never will, until I’m actually physically there or they start doing some sort of brain implant.

Chase: I agree that sometimes these things are kind of forced inside the headset. I think a lot of the works are cool, but a 360 linear video may work better in the Igloo.

Jonny: It really depends on the project. Some of them we talked about, like Vestige, is probably incredible in a headset. The really abstract and more CG kind of environments [are better off in headsets]. I’m definitely a fan of headsets. I have one at home and I use it a lot, but we use the Igloo as well. We have something called Igloo Virtual where we show the Igloo with headsets. It’s an awesome, incredible piece of technology, and I’m really excited about where it’s heading. But personally from the storytelling point-of-view, I want to walk in, sit down, and watch a film. The less barriers, the better. Also, there’s that group thing where you see someone smile and you start wondering what they’re smiling about, and then you notice you’re smiling. When they’re sad, you see the same things, and it’s like that group mentality.

Chase: How do you see Igloo Vision and 360 video in general continue to change to improve the user’s experience even more?

Jonny: There are lots of sort of internal improvements that we make all the time. We’ll come home from something, and we’ll look at what went well and what didn’t go so well. In terms of the story and delivering it [to viewers], I would like to see us getting more and more people in there, and finding a way to speed up the process. For example, people wait to see it, but we don’t have a waiting area. They could be looking at the story, and getting more information about the film they’re about to watch before they go in. If we do [another festival] like this soon, I’d really like to be engaged with people before they go in.

Chase: Do you consider the Igloo experience to be “virtual reality”?

Jonny: One thing I’d really like to share is what we call this experience. We are Igloo and we show 360 projection, but we are calling it “Shared VR”. This is really important because there are lots of arguments about what virtual reality is. You could look at hundreds of definitions of virtual reality. At no point does it say it has to cover up your eyes with a headset. You will find these definitions, but it’s really hard to know what VR really is. For example, DoubleThink shows a one-by-one video, but I would say that’s a VR experience because of the way they’ve made it; it’s supposed to be transporting you into another place. Traditional films do that to a certain degree, but I think that the little step into trying to get you to feel like you’re in a different space or that you’re experiencing something different is VR. Therefore, we called it “shared VR” because the most important thing to us is getting more people to share the experience together.

Chase: Yeah, and I’m sure with VR still being young, more and more versions of it will be revealed in the future.

Jonny: Yeah, for sure. Just remember VR has been here a lot longer than our headsets that we have today. People have been trying it for years, it’s not that new. I think I was talking to your professor, in fact, and he was saying that he’s been looking into all these sort of things since he was a kid. We need to remember that the Oculus launched a couple of years ago, DevKit’s been around a little longer, but [the technology is] still not there. The camera technology’s not quite there yet. I was talking to Canon yesterday. I saw their product range that they brought with them. I asked them [if they have any plans for a 360 camera], and they said they don’t know. If you think about it, the big play is in proper 360 cameras. I think it would be amazing and brilliant for the companies [like Canon, Sony, and Nikon to develop 360 cameras]. I’ll be really excited when Canon jumps up and says, “We have a professional 8k, 360 camera”. At the moment, I think the technology has a long way to go, and I’m really excited about where it’s going to go.

Chase: I think there’s work to do with the headsets too, and making them smaller and more comfortable devices.

Jonny: I’m excited about the Oculus Go. That’s the newest one that I’ve seen. I haven’t tried it yet. For what we would use headsets for, it’s actually a really good way to apply [the storytelling we want]. I’m looking forward to what Magic Leap is up to. Their website looks great, but that’s all I’ve seen. I’m really excited about mixed reality as well. Going back to what you were saying about Igloo, I’d really love to see how we can apply some sort of mixed or augmented reality to Igloo. You obviously wouldn’t have the same experience as using a HoloLens, but it’s really interesting to see how we could work with that technology and apply it.