An Interview with Dr. Maria Panagiotidi 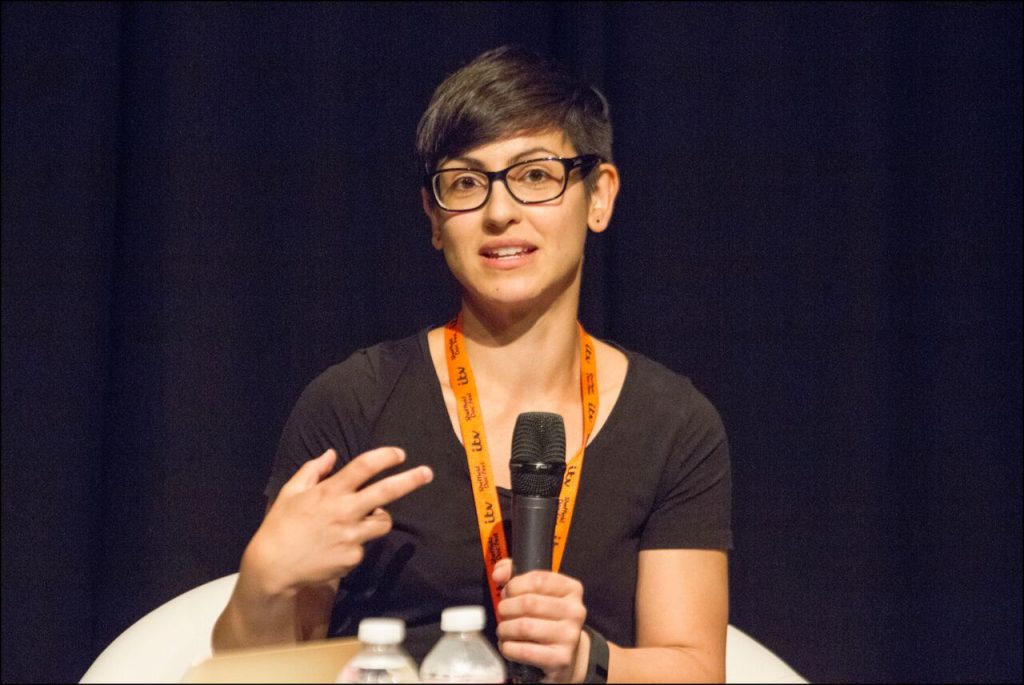 Dr. Maria Panagiotidi is a Greek Psychologist who moved to the UK in 2009 to research and obtain her PhD. Her research focuses on “executive functions (prospective memory, multitasking, attention), gamification, time perception, and creativity in normal and atypical populations.” Currently, her work is centered around psychology as it relates to immersive VR experiences.

Arielle Bishop: Most of the time when we see VR, it’s generally been kept within the entertainment industry. How is VR being used in the sphere of mental health?

Maria Panagiotidi: Well there’s a lot of research having to do with potential treatment we can do in virtual reality, because we do know most of mental health issues that people have have to do with the way that they interact with the real world, the way they perceive it. VR gives us a chance to create virtual environments that look very lifelike, and unlike traditional therapists, you can give an individual a chance to be part of an experience that’s very lifelike. So we can use VR to help people with phobias, for example arachnophobia, people who are afraid of spiders, its called virtual reality exposure therapy, where the user is exposed to a spider that causes the fear, and by being exposed in VR they can overcome their phobia. This is one potential example. Now there are other potential applications of VR you can have in mental health, having to do with diagnosis. You can use VR to diagnose symptoms of particular disorders, which is particularly useful with schizophrenia and delusions people might have.

Arielle: Do you mind telling me a bit about your VR projects that you’re currently working on?

Maria: We’re interested in virtual natural environments, we do know from natural psychology research that when you go for a walk in the park, that helps you, your heart rate goes down, your blood pressure also goes down, and you feel better, most people show mood improvements after a walk in the park. But if you live in a big city there might not be many green spaces. So we wonder if we can use virtual reality to create a similar experience. So one of the projects that I’m doing we’re trying to replicate walking in a virtual environment to see if it can possibly have similar effects to walking in a park. So we try to compare urban environments in VR with green & blue foresty spaces, and this is something that will eventually be useful to all of us working in an office. For people that have disabilities or in hospitals, it’s a big concern, so this is a way for us to reap the benefits of being in a natural environment while being in the bed. So this is one project.

Another project is looking at interactions with virtual reality pets. We have our participants interacting with a robotic dog in virtual reality, and they can interact with it, they can look at it, and it responds. Also they can pet it or throw a stick and they’ll bring it back, you can play fetch with this dog for 10 minutes. We’re currently collecting data, trying to see if playing with this virtual reality dog is similar to interacting with a real dog. Because we again know from research that pets can improve cardiovascular health and I’m pretty sure if you have a pet or have ever interacted with an animal you know that you feel better afterwards. We want to see if we can create similar experiences in virtual reality. You can see potential applications for this, people with mental health issues or who can’t afford to have a dog and take care of it and we think that might be very useful.

Arielle: Regarding the tech and the hardware, how accessible is this to people? In terms of the cost and quality of the tech, does that impact the experience that users have?

Maria: So one good thing about virtual reality, especially as it’s becoming more popular, is that the cost has gone down significantly. Before, to use virtual reality you had to be a part of some sort of academic institution, but these days you can buy a virtual reality headset for two or three hundred pounds. You might be concerned, especially as a maker, if you show your experience on a cheap headset, will that have any effect on the experience that the viewer has. This is one of the things that we’ve been trying to investigate at the moment, so we’re looking at the effect of using high cost vr headsets verses cheaper ones. We want to see if they elicit similar modular responses within the viewers, and in order to do that we measure heart rate and arousal (in the psychological sense of the term). What we’ve found is really good news for most of us, the difference was not significant, both the more expensive and cheaper headsets elicit similar experience, both emotionally and physiologically.

Arielle: In the future, do you believe that VR is going to be a tool for therapists, or is it going to be a replacement for traditional therapy?

Maria: Well we do already see a lot of apps developed by people who are not professionals. So that could be potentially tricky or cause issues, because we don’t quite know yet if you can create traumatic experience in VR. Obviously there’s no mass research in this because of ethical concerns. Having a professional on board is always important and we definitely need to do a lot of research on this before things go onto the market. Currently we’re working to try and translate existing psychological theory to VR. For example when it comes to phobias we know that the way to treat that is to expose them to what they’re afraid of. The thing to consider really is that there might be a better way and Virtual Reality has different abilities, maybe we can create something more effective using the strengths that VR offers us. That’s where psychologists and VR developers can come together and develop something new.

Arielle: How do you feel about the potential of social interactions in VR?

Maria: It’s not really quite around yet. You do see now quite a few virtual reality chatrooms that you can take part in. They’re not quite there yet, they’re still quite a bit glitchy and hard to use, but again I think as the technology improves it’ll get much easier. As a psychologist, that’s quite amazing, you get a chance to see people interacting in VR, and you can measure their brain activity in ways you can’t really in the traditional world. 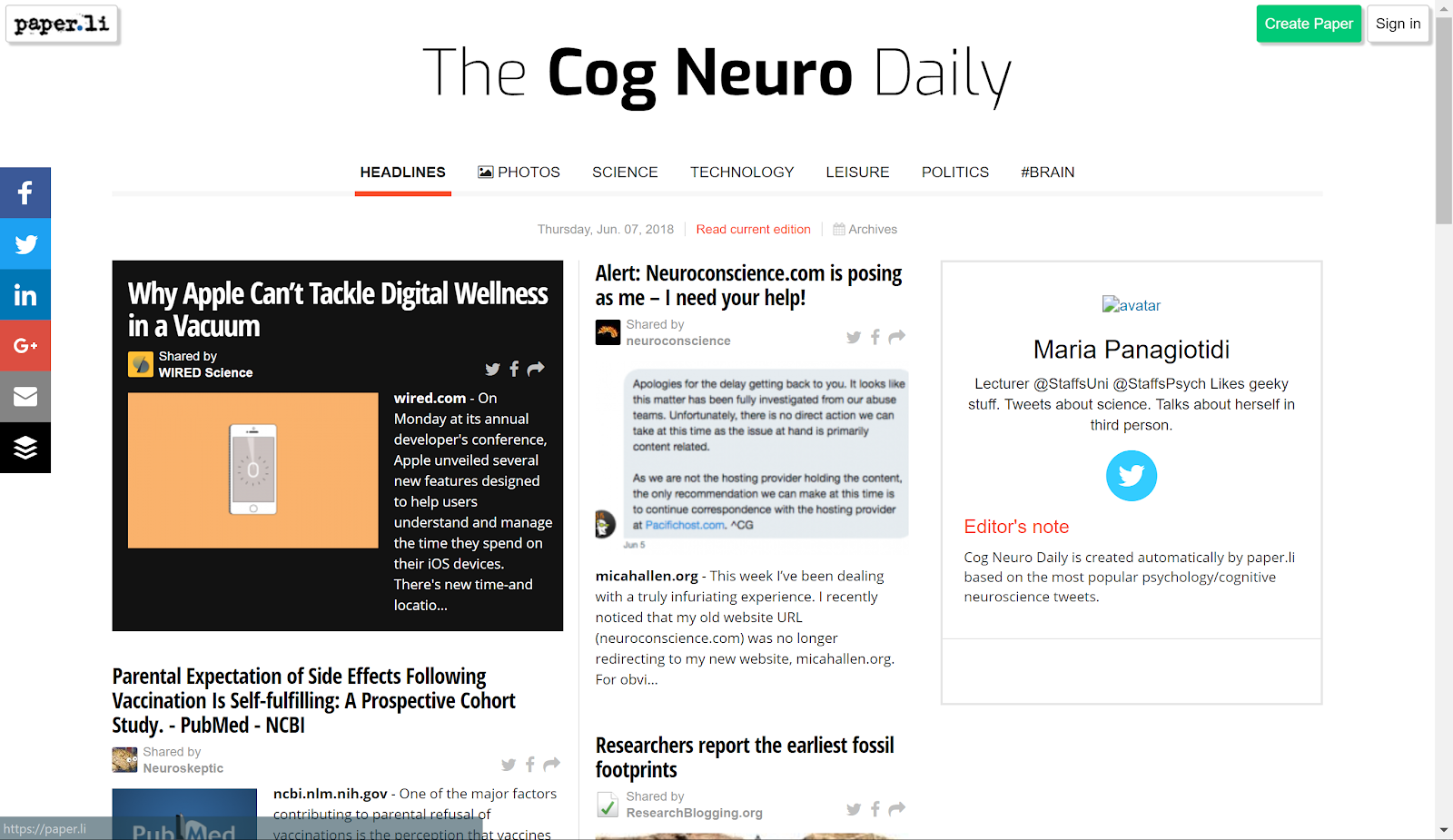 She also has an online blog in which she posts about relevant research pursuits daily!