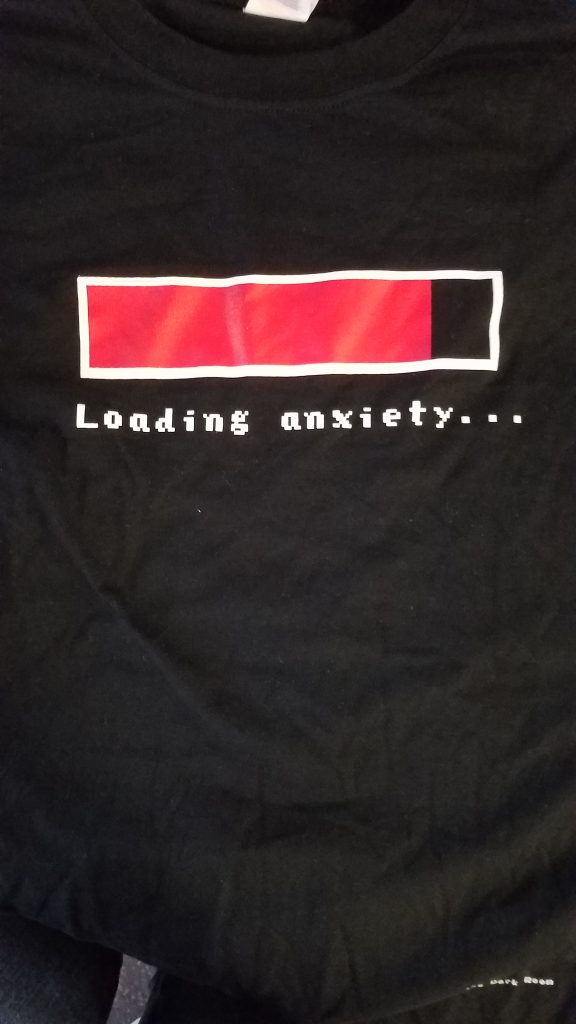 T-shirt with the loading screen of the Dark Room

The Dark Room is an interactive, text-based adventure game hosted by comedian John Robertson.  He describes it as “The World’s Only Live-Action Video Game”. And, to speak the truth, he is not far off.  The hilarious show runs about one hour and features Robertson heckling the audience, calling every person Darrin, and shouting so much that it’s a true miracle that he still has a functioning larynx.  After introducing the rules of the game, which are quite simple, Robertson chose volunteers from the audience to play. Sometimes, he would choose someone and deny them after a single sentence for seemingly arbitrary reasons, adding to the hilarity that is the show.  As a player progresses through the game, the choices seem to make less sense. For example, there is an option to choose Czech Pockets, which prompts the response that your pockets were made in the Czech Republic/Czechia (because they can’t decide on a name for themselves…)  Generally, only one person is playing at a time. However, there is a two-person Co-op round, where he chooses two people who he hopes will not get along, and the final democracy round where every member of the audience is playing at the same time. The game is wild, funny, and an experience you will not want to miss.

In terms of the show itself, it works wonderfully for an interactive experience.  Even when not playing, I still felt part of the game due to the way you could talk to the other members of the audience, and especially the other players.  There were moments where we had to vote whether or not the current player survived or died in the room. It was an incredibly immersive experience as well, due to the way Robertson performed his character as the Master of the Dark Room.  He would use the same lines every time when describing the same events, allowing audience participation in the recitation of the various lines. The whole show was geared to allow the audience to participate as much as possible, even when a member is not the one playing and stuck in the dark room.  On the subject of the aesthetic of the performance, it was perfectly fitting for the tone of the show. It was outlandish, over-the-top, and all around felt like playing a video game. This approach helped me immerse myself in the performance, making it far more enjoyable than a similar show without the effects would be.  Meanwhile, the sound of the Dark Room was simple, but perfectly fit the nature of the performance. Almost, if not, all of the sounds were provided by Richardson’s frenetic performance, producing hilarity with every single line given. The aesthetic, the interactivity, and everything else with the show worked very well for it. 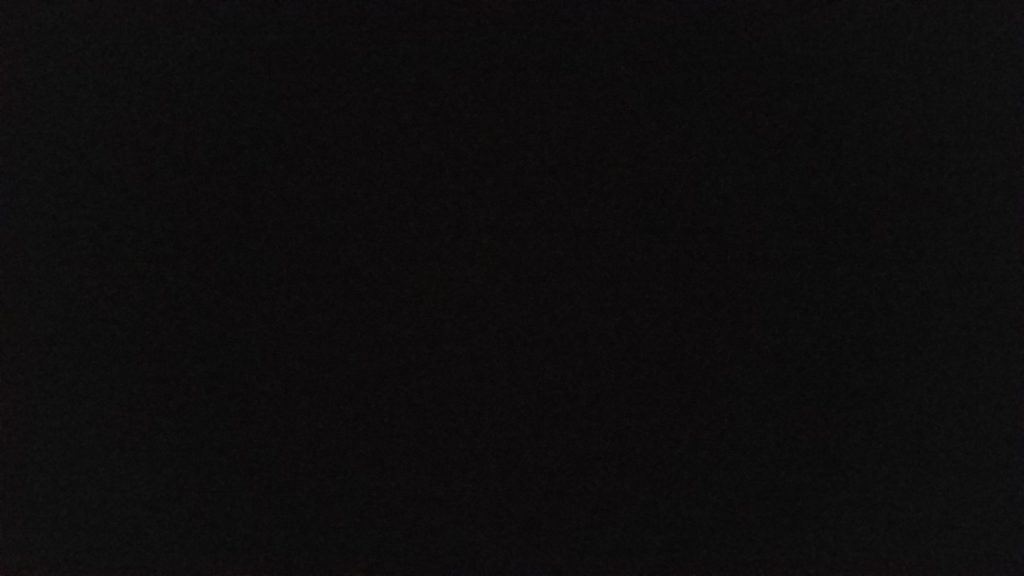 An interpretation of the Dark Room’s dark room

My experience with the Dark Room was quite an enjoyable one.  The style of humor was exactly what I needed that Friday night.  There was almost never a moment that I wasn’t either laughing or shouting along with Richardson, with one exception:  When I was playing. Richardson was looking for players for the coop round. He started with a couple who were eventually rejected.  When looking for another, he pointed to our professor, who ended up becoming his next victim, for lack of a better term. I burst out laughing, almost in tears.  He noticed and found it interesting that I found it so funny. So the duo that ended up playing was me and the professor. It was extremely fun to play the game and have the repercussions of my choices be felt by David rather than me.  In the end, I got him killed and won a DVD of the documentary I Am Big Bird. It might be one of the strangest things I have ever won from anything. However, I still found the experience thoroughly enjoyable. As I mentioned, it felt like I was in the Dark Room trying to escape, with the only thing I could hear being the comedic remarks of Richardson.

Overall, I would highly recommend seeing the Dark Room.  The manic, frenetic performance was a joy to see and something that I will try to get to again.  It was very well put together. The visuals and the audio both worked well together to provide a worthwhile experience.  After the show, my friends and I could not stop quoting the show, from the iconic “You wake up to find yourself in a dark room!” to “YOU DIE!  YOU DIE! YOU DIE! YOU DIE! YOU DIE!”. Overall, The Dark Room is a fantastic piece of art, a wonderful performance, and a hilarious show. I would highly recommend it to anyone who wants to experience a fun night in a dark room.