Arwen:  My name is Arwen Curry, and I am the Director and Producer of Worlds of Ursula K. LeGuin, which is an hour long feature documentary. 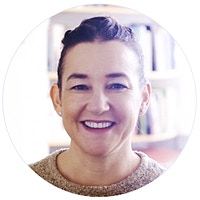 Jerry: What was your inspiration to direct World of Ursula K. LeGuin?  Do you have a personal connection to LeGuin or is it based on childhood experience?

Arwen:  I was a reader of Ursula’s from when I was a child.  Like many of her readers, I started with the Wizard of Earthsea Series, and I also read some of her books for adults as a kid, some of her Science Fiction novels.  I always loved her writing because she was a really familiar name to me and I started to look into her story more when I was all grown up and decided that I wanted to make this film.

Jerry:  How did you first meet her to start making the film?

Arwen:  We actually met through a mutual friend named [redacted] who is a writer in the Portland area where LeGuin lives, er.. Lived.  And I had sent Ursula a letter asking her if she’d be interested in talking to me but I think that this little nudge from our mutual friend is what gave her enough reason to give me the time of day.

Jerry:  Growing up and reading Ursula’s work, were you ever inspired to write anything based on it or maybe to make a documentary on her later in your life?  Or was this a sudden spark of inspiration that came up at one point?

Arwen:  Yeah, I never thought about that when I was a kid.  No, I just enjoyed her work and I guess it did inspire me, but on a very, kind of, subterranean level to pursue my own create work, to write.  But, not directly. Just as an example of the way that it could be done. The excellence with which it could be done. But yeah, the documentary as a project came to me much later as kind of a… it came out of a conversation with a friend actually.  It was kind of a flash, that this would be an amazing idea.

Jerry:  Could you talk about the making of the film itself?  For example: How did you choose which topics and interviews to include in the documentary?

Arwen:  Well, it took me almost a decade to make the film, and the reason for that was that it can be quite difficult to raise the funding for a feature documentary.  So what I would do is raise a little money and then film with her so I kind of worked out with her schedule where she would be and tried to film her in these places that were really significant in her life.  And we would kind of get a small crew together and we went to Southern Oregon, to the High Desert, a place that was really meaningful to her, to the Oregon coast, to of course Portland where she lived, and to her Napa Valley home.  Basically, we followed her where we could and filmed when we could.

Jerry:  What made you decide to include the animation of her works into the film?  And can you talk about how that was made and the creative process behind it? 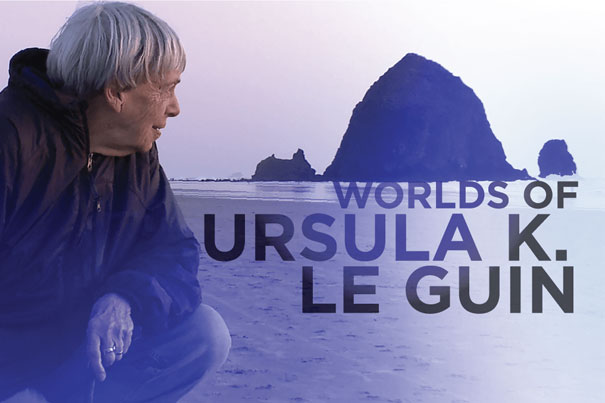 Arwen:  I always knew that representing these fantastical worlds visually was going to be a challenge.  I didn’t want to try to be the definitive vision of these worlds because that’s what her books do and it exists in everyone’s imagination.  Also, we didn’t have the resources to make Lord of the Rings or something like that. We worked with two different animators to just show little snapshots that are often sort of indirect or vague so that you can have a visual sense of the place, but it doesn’t feel that someone’s writing it for you or trying to superimpose something on your imagination.  It was great working with the animators and I think it enriches the film.

Jerry:  Any final thoughts that you would like to include that have not been brought up?

Arwen:  It was a tremendous honor to make this film and a great responsibility to try to tell the story of anyone’s life, but particularly a life that was as rich and meaningful as Ursula’s.  I’m very excited to be able to finally share this film with audiences after working on it with my wonderful team for so long.

Jerry:  Well thank you for your time.