Interview: The Moment by Richard Ramchurn 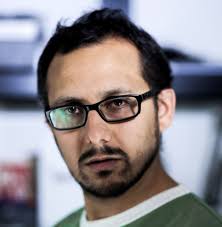 Richard Ramchurm recently produced The Moment, which takes in data from the brain of the viewer to make a personalized cut of his video, tailored specifically to that viewer. This interview answers a few questions about how and why he created such a piece.

How did you decide that you wanted to make this film?

I’m exploring interactive. This is my second brain control film, and my first one was biographical, and my second film I wanted to make something that was more accessible to a larger audience. I wanted to talk about what was happening at the time, early 2017. So it was after important elections. There was a lot of misinformation happening online, a lot of artificial agents manipulating groups of people, so I’m doing a PhD on brain controlled cinema, so I’m looking into the technology in brain-computer interfaces, and a lot of large tech companies, google for example, are really trying to push the boundaries of these brain computer interfaces. So I wanted to make a story about how that technology could be developed with the current issues we’re having in the world. So it’s a speculative fiction piece. So that was the story I wanted to tell, and I knew other’s weren’t going to make a brain controlled film, so it kind of went hand in hand, telling that story and the technology.

What issues did you experience while trying to use such innovative technology in film making?

I couldn’t get down what the interaction was exactly, so I knew a few things to start, but things like music and vocals. So one problem that I had was we would have scenes where two people were talking at the same time, and the original concept was there was always that primary and a secondary layer, to cut between, and the primary layer would have dialogue, and the secondary layer wouldn’t. When we were doing the previews and testing it out, it became blazingly obvious that you can’t have film where someone talking and you don’t hear them. I changed it so both the primary and secondary has dialogue, but the primary layer has foley and pronounced audio including music and melodic aspects and beat aspects whereas the second has more sound scape. The issue we had then was sometimes people spoke at the same time, not often only a  couple times, so I had to re-edit slightly just to move things, which is hard when you have three narrative layers and six audio layers.

This project uses the brain to affect the piece, in what ways does one’s brain control it?

So attention data is like a waveform. It goes up and down all the time. And you can train yourself to keep high attention, but you can’t sustain it, it will always drop down. Another thing I noticed about that data is its frequency is around about 6 seconds, which possibly by chance is the same average length of a shot in cinema. So I’m using a Neurosky headset which produces that data and sends it by bluetooth a system built by Macs in Python, and then I’m just looking at when data starts to drop. Once you get everything you’re gonna get out of that scene, you start to drop, and just about that exact time you start to drop is when that cut comes in and then it starts the whole sequence again. 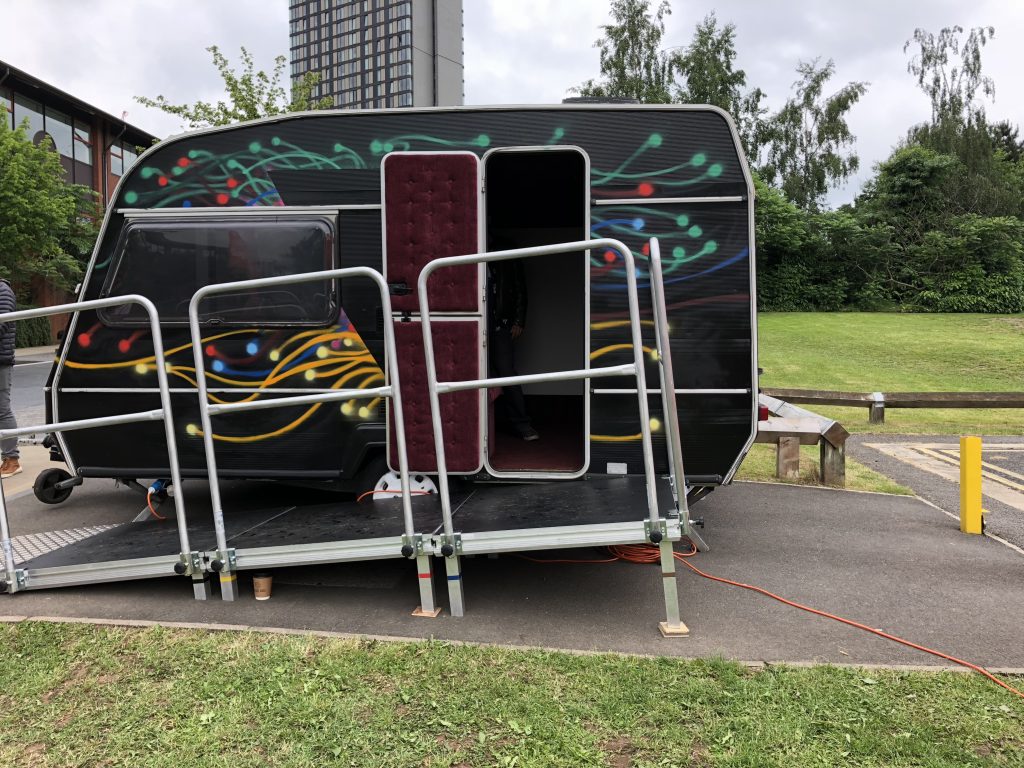 What is your intended effect on your audience through your work?

I’m a storyteller. Basically every audience sees a completely new version of the film. No two audiences are going to see the same film. And one thing I wanted to happen, which it seems to, is I ask everyone “what story did you see?” and people tell me back much the story I intended and there’s slight variations of like subtleties that i put in there that not everyone will see, this only remains between the cuts in those scenes. Another design point at the beginning was making a film that was highly repeatable so you could watch it multiple times and get more out of it. From just the unanalyzed data, just the interviews, people get a lot of of it seeing a new version of the film, they start to put pieces together they may not have seen the first time around,but it does seem that even a single viewing creates a unified narrative.

How do you plan to use this technology or similar technology in the future?

All my films are quite dark, I think it’s quite human, but they engage with my dark area, so I’m trying to not make a horror film because I might make something that’s too dark and scary, so I don’t know if I’m doing that or not, but I’m gonna see this out and see what comes to me next, what I feel needs to be told. It cycles. Before writing this I was grumpy for like a month because I wanted to start writing it, so I definitely think it’ll be a case of waiting till that story needs to come out. I do think the best method of storytelling is allowing me and other filmmakers to tell stories in a different way, to allow audiences to engage with film in a different, more engaging or more uniquely engaging way.