Interview: Mind at War by Sutu 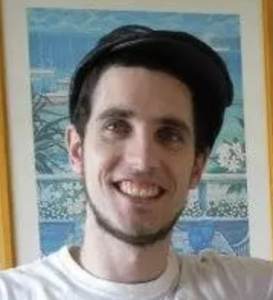 Sutu recently produced Mind at War, a sketched Virtual Reality piece covering the effects of PTSD from the point of an American war veteran experiencing it himself. PTSD and using VR to help people with PTSD are both important topics being explored currently across the world, and this interview takes a look into a Sutu’s new piece, exploring both of these things.

You chose to follow one man for the entire story. Why did you choose to tell this man in particular’s story?

I met him when I was travelling across America. I arrived at this campsite and he helped me make a fire and we sat around the fire, and maybe because I was an Australian guy traveling through, and I was leaving the next day, he just felt kinda comfort in that,  so he could tell me his story perhaps. When he mentioned that he was a soldier I was like “aww right” and I asked him some questions and he told me his whole story. It was a strange experience, the images were like very vivid, I could almost imagine them as if they were almost manifesting around the campfire. I was just starting to get into Virtual Reality at the time, and I thought, “Wow it would be so powerful if I could teleport people back to that fire so they could hear that story as well?”

How did you choose to use the visual layout you did with the sketched environment of his memories?

I was just learning to use virtual reality painting stuff, so it was the medium that was available to me, it was a tool that I was really enjoying using, but also I think the power of illustration in general is we can recreate moments that we can’t go back to. These are all moments of his past and his memories, but we can also sort of use the aesthetic of illustration to create expressionist moments. We can really bring the emotional impact out of those moments and heighten details and focus on the points of the story that he has stipulated. And he kind of expressed images that stuck with him, so I thought that it was powerful to have a moment that was frozen in time. There are images that he’s always carrying in his mind so creating a painting that people could walk through was in a way trying to communicate that weight that he carries. 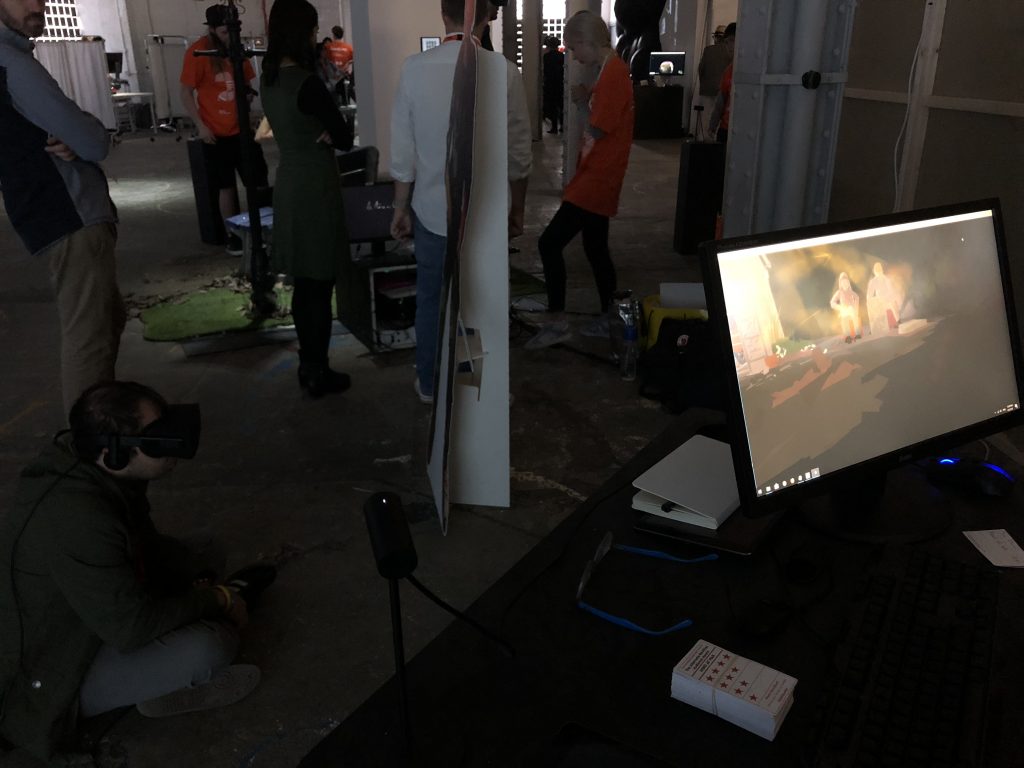 What effect do you want your piece to have on your audience?

I suppose firstly it’s just awareness of what someone with PTSD has to live with. It’s also an awareness of the tragedy of the lack of support that veterans get when’re discharged. He was homeless for 5 years before the department of veteran affairs finally reached out to him in order to give him a pension. But even giving him a stipend now and then isn’t actually giving him the emotional counseling that is required. It’s also a statement about the impact of war, and the cost on human lives. What we hope is when people become more aware of this, they’re in a position to make a decision, whether it’s just which way you cast your vote, or if you’re in a more influential position of policy making or something like that, you can relate to a personal account of what it’s like as an individual. I think at this time especially where the US is recruiting more soldiers, but not improving veteran support policies, it really a crisis. If you do some research on it, in America, an average of 20 veterans are commiting suicide every day, it’s like a really horrifying statistic. My main intention is to raise awareness, and what we’re starting to do now is reach out to organizations, and letting them know that they are welcome to use this as a tool, which I think is really valuable in the work they’re trying to do.

As an Australian looking in on the US through this problem, what do you think the similarities and differences between this issue in the US versus other countries is?

The veteran PTSD situation is a problem in Australia as well, it’s not isolated to America, and  it’s a problem here in the UK. The statistics aren’t quite as dramatic, but in Australia for example, veterans of war are way more likely to commit suicide than any other Australian. In UK their suicide rate is like one in every two weeks. We’re all complicit in these wars, and Australia is an ally to the US and we offer resources to go into these wars, we share those experiences when we get involved in those wars and the trauma that we cause on people. It’s definitely a common Australian point of view, I feel like it’s a problem that we can all relate to, it’s not isolated to the US, but I think Australia is definitely following in the footsteps of the US, and I don’t agree with their world policy at all.

What hopes do you have for VR about PTSD in your work or others in the future?

I think it’s interesting territory, I’m not sure exactly what’s the next step. From the research that I’ve done, VR is being used to treat people. There’s some projects in the US with PTSD, recreating scenarios of their trauma, and VR’s sort of a safe place to confront those dramatic experiences and explore ways for them to rehabilitate. I suppose that I try for another level of sensory experience, we’re still learning exactly how it helps, but there definitely is a lot of space there to try it all.