Waking up at 7 in the morning and immediately knowing that today would be another “rush running” day for me. This is my 5th day in Sheffield Doc festival and I planned another crazy day for myself again last night. Setting off early in the morning and coming back around 12 pm has become my daily routine. I think the whole experience I got from this festival is really rapid concrete, continuous and dynamic.

Last night, I watched an artist directed documentary film,“the proposal”, which described the unusual proposal curated by artist Jill Magid, dealing with the most famous Mexico architect Luis Barragan’s  afterlife legacy. It was special and full of aesthetic value. Even the closing credits sequence was post on a white background rather than the usual black setting. On my way home, I passed by a lot of empty buildings with only lights on. The whole city sank into a tranquil dream where the time has frozen. I seemed to be the only creature that was awake. I slowed down my pace and observed silently, fearing that any disturbance might bring the city back to reality. The city was not dead but in a magic hollow. 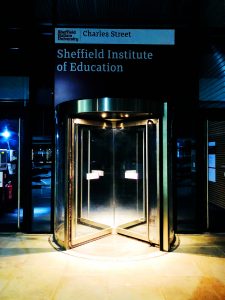 Earlier the day, I ran to Trafalgar Warehouse to book AR works at around 9:15 am and then ran back to light cinema for the 9:30’s documentary film – On Her Shoulders. From my point of view, it was a well filmed movie with beautiful images, but I just felt too depressed by the topic. It seemed more like a good craft journalism paper which always emphasized the goal of rasing the awareness. As an audience, I would really appreciate it if the director could add more inside perspective to the film. In other words, I wanted to see how the director depicted and captured Nadia’s special characters other than fighting for refugee. I still felt distant from Nadia’s life because most scenes were about her meeting officers and doing the public speech. The director wanted to emphasize that Nadia was taking too much burden from other people’s expectation than she actually could cope with. But I think this film will increase the pressure on Nadia by depicting her as a hero who has feeling. I respect this effort but I don’t think Nadia totally opened herself to the filmmaker, which make her image plain.

I ran back wildly to meet the Vestige slot sit at 11:55. It was a powerful and intense piece of work about losing love. The outside installation also resonates well with the work itself. At 12:20, I did the Manic which impressed me deeply. I wrote a really long feedback to the maker. At around 13:00, I did The Loss Levels and found myself struggling. 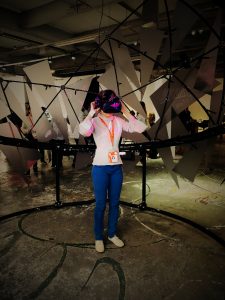 After a short lunch break, I got back before 13:35 to do Life in VR but I was postponed for another 20 minutes because they need to recharge the headset which directly caused me to miss the terminal 3 piece in 14:00. So I talked to the manager who I met in the first day for resolving the problems and got myself rebooked for Face to Face and Terminal 3 on Tuesday. Then I finally ended my day adventure with AR works by taking the test inside the Porton Down and found out I ranked extremely high in the range of extrovert. 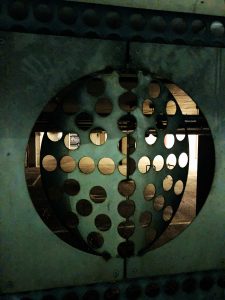 If you had a such patience to read until here, I have a bad news for you. My crazy day had not yet ended so this blog will keep going. I got myself prepared for several hours to do the 5 o’clock interview with this genius young director Jon, and finished this pleasing conversation before 6 o’clock outside the Starbuck. I will write the interview paper for this later. I got back to the hotel to drop off my camera and went out for the second film today called Female Human Animal. I got back to the hotel again at around 20:50. I had a 22-minute sleep and went out for the last wonderful film today. This film told a story about a modern slave, Marish. I talked to director afterwards and finally ended the today’s adventure by sitting here, writing this blog.