After three weeks of rising early and walking to class on Saturday at nine o’clock, I think I’ve finally acclimated to the “working weekend.” As usual, I grabbed a quick breakfast from the ILC and set out for class with just enough time to spare. In class, this week’s focus was on virtual reality, and all of our education on the topic culminated this weekend with a final 360 video project. Yesterday, my group (Madison, Ronnie, Chase Broder, and I) spent the afternoon filming at Nathan Phillips Square, home of the iconic Toronto sign and an astounding amount of concrete. We interviewed a variety of people from the square, among which were a construction worker, several girls sitting by the fountain on their phones, a mother and daughter, and a salesperson that we convinced to talk to us as long as we put our information down for their financial plan service in return. We chose to focus on the mother and daughter duo because of the incredibly adorable and beautiful conversation we captured between them during the interview. 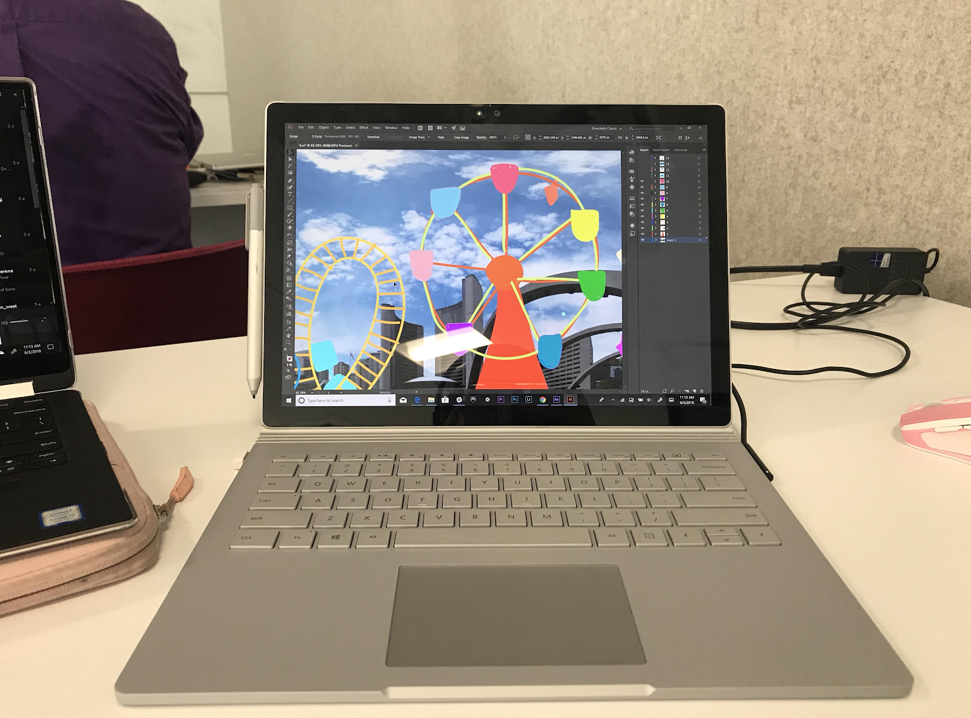 Drawing in progress on Adobe Illustrator… All those layers, and this is only one of seven files!

Therefore today, with all the fun of production completed yesterday, it was time to buckle down and begin the daunting task of post production. Our team further developed our idea, and we settled on creating an animated scene of the square that would directly react to the mother and child’s conversation. 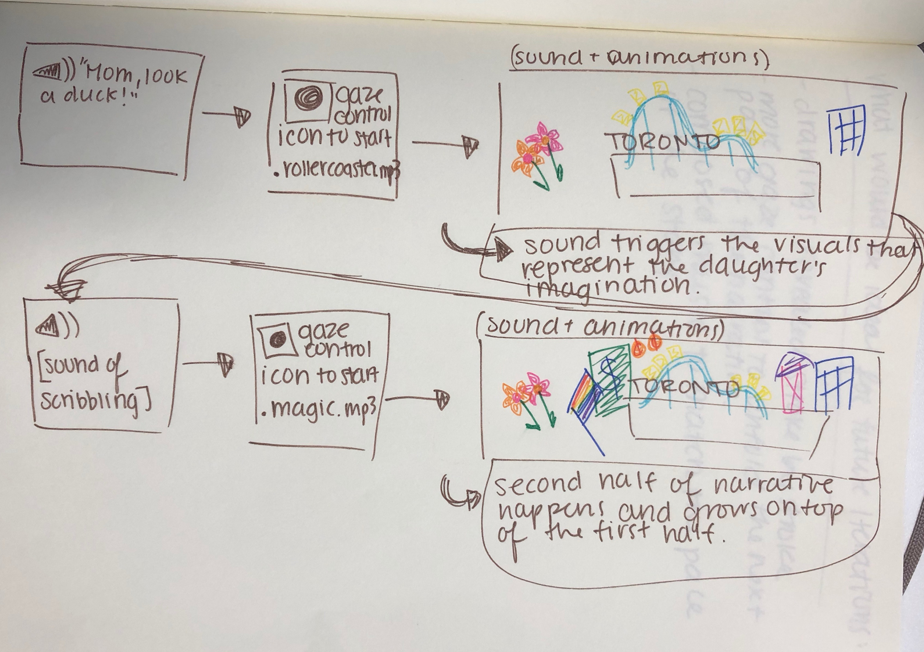 Madison’s sketch that plots the narrative story we were trying to achieve. We focused on maintaining the story first and foremost, and using 360 and VR to augment the story, not distract from it

All morning, I edited the audio interview inside the soundproof pod on the Northeastern campus (aka the 46th floor of a fancy business-people type building called First Canadian Place). I felt like I was in a different world, shut out from the sounds and movement of the classroom. I was intently focused on this interview, only to be brought back to earth when someone would pop in the pod and the normal sounds of work and chatter would flow back in. 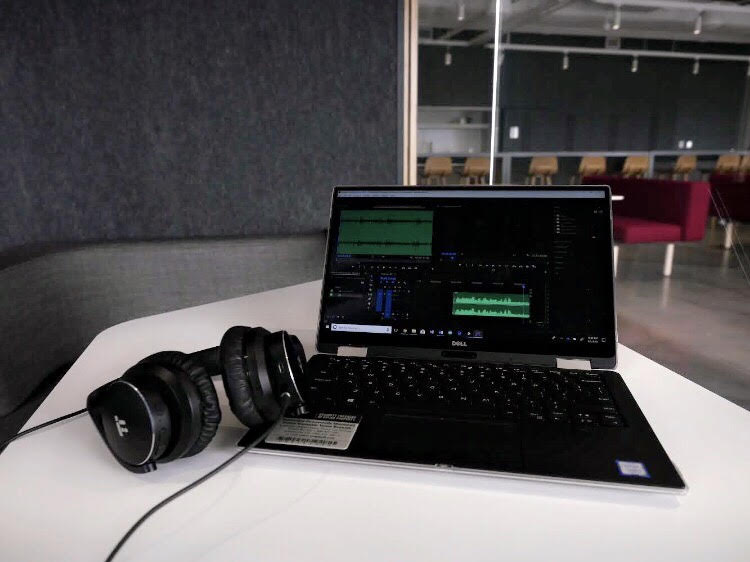 My cozy set up inside the soundproof pod… just me and my computer alone in the world from approximately 9am-5:30pm

That afternoon, Madison and I teamed up to work on the animations together. We downloaded the 360 photos she and Ronnie had taken yesterday while Chase and I were gathering interviews. I drew atop the 360 images in Adobe Illustrator, creating layers to create the animation of each discrete object. Unfortunately, I did not finish animating in class; so, with the deadline coming fast upon us, I told Madison that I would finish it back at the ILC. Around eight at night, I resumed my task (after a brief nap after class) for a few hours until the animation was complete. The next day was saved for turning the drawings into an animated video (which we manually did by exporting every iteration of a drawing and animating it in Adobe Premiere Pro), syncing it with sound, and hopefully to present our project to an adoring audience that would applaud us for our work so that my sleep deprivation felt worthwhile. All in all, I am proud of the work we completed on the project so far and I am excited to see the final project in the VR space rather than on my laptop’s screen.

The final product that would be built around the viewer in a 360 space. Very colorful and fun! It took about six or so hours to be fully realized

(All images are mine, except for the plot-map of the narrative which was drawn by Madison)