Today was by far the most spectacular, awe-inspiring, crazy, 30 more descriptive adjectives of all the days so far on the trip. Why? You might retort, but simply the reasoning for the humbling description is that today our DOC group ventured over to The House of VR and I was blessed with countless virtual reality experiences, including several personal favorites. Prior to this, it is worth mentioning that we spent the morning finishing our psychogeographical maps, a project we had been working on for a fair amount of time while learning Photoshop. My map was of my partner Madison and my trip to Parkdale, walking down the length of Queen Street East back towards downtown Toronto. At first I worried greatly about how my final product would ultimately turn out, but in the end I am quite satisfied with the end result. I tried to maintain a considerate balance between hand drawn features from my original sketch and digital elements crafted in Photoshop. I used certain adjustment layers to help further create this distinction, that being drop shadows on digitally created or augmented parts and light outer glows on hand drawn objects. 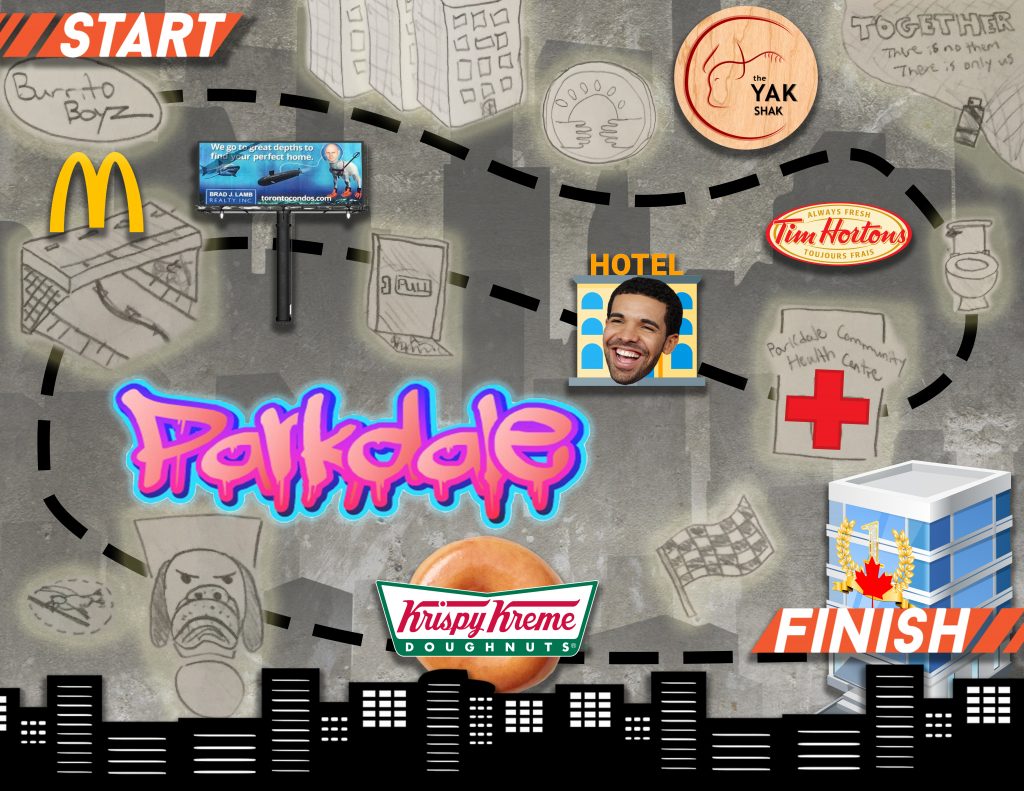 After completing our maps, we treated ourselves to a nice lengthy walk around the surrounding area of First Canadian Place, which also featured a few stops at local stores. Following a lovely lunch at Queen Street Warehouse, we found ourselves soon entering the House of VR. When I first walked in I was stunned, at a loss for words. As cheesy as it sounds, what I first saw was everything I could have ever imagined and more. From what I saw of the first floor, there were about five separate open booths each with their own HTC Vive VR headset and hand controllers. The headsets were actually set up in a really cool manner, that being they were hung from the ceiling with pulleys to allow users more freedom when moving and to have no cables interfere with the experience as well. Upstairs was just as impressive, there were more Vives and individual booths that displayed interesting background textures. It was not before long that we dived right into trying the extensive list of notable VR projects such as Notes on Blindness, 6×9, and Night Cafe. Immediately I was blown away by these remarkably brilliantly-crafted pieces, the graphics, the audio, the story above anything else; never before in my life have I experience any VR experiences that seemed as real or impactful as these did. Seriously, these three examples alone were phenomenal and I desire to try them again in the immediate future. 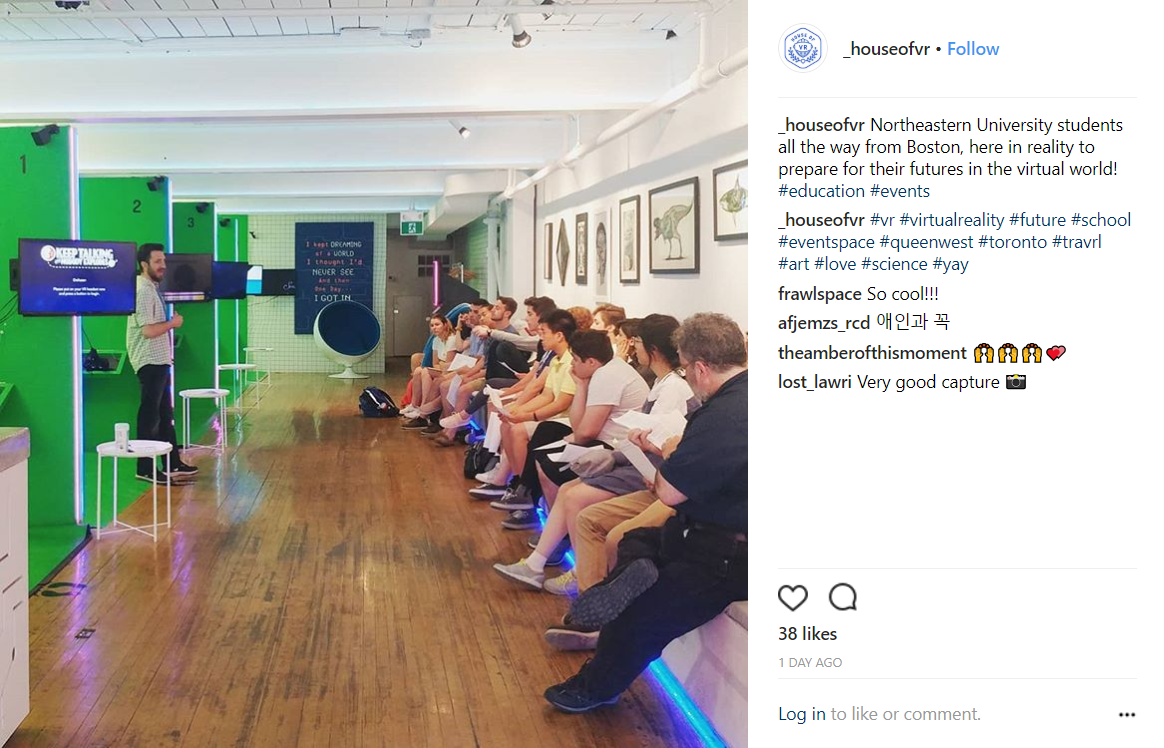 Luckily, we also had the opportunity to try out some of the pre-loaded games the House of VR had on their headsets. My personal favorite is one game called Quiver, which is a game where you shoot a bow an arrow at a evil army attempting to invade the castle walls you’re posted on. The reason its hands down my top choice is because of its Multiplayer mode which allowed me to play alongside Ricky. Together the two of us slayed every single mean goon and had a blast in each other’s company. In addition to this game, I also particularly enjoyed Tilt Brush. It is drawing program that allows the user to create captivating art in 3D, simply put, but I see so much potential for crazy media to be crafted in this game. From my experience in this game, Quiver, and all the other projects, I can say that a HTC Vive or a high-end VR heatset and controllers are definitely now on my list of fancy items to acquire as an adult; one day they’ll be mine.