On a Saturday morning, AIAA piled into two cars to make the trek to Amesbury, MA, an hour north of Boston. Here, the club launched their full-scale NASA SL rocket.

At a previous full-scale launch, the parachute bag opened prematurely, causing the rocket to drift over 3,000 feet. The goal for this launch was to correct all issues with the parachutes and ejection charges. 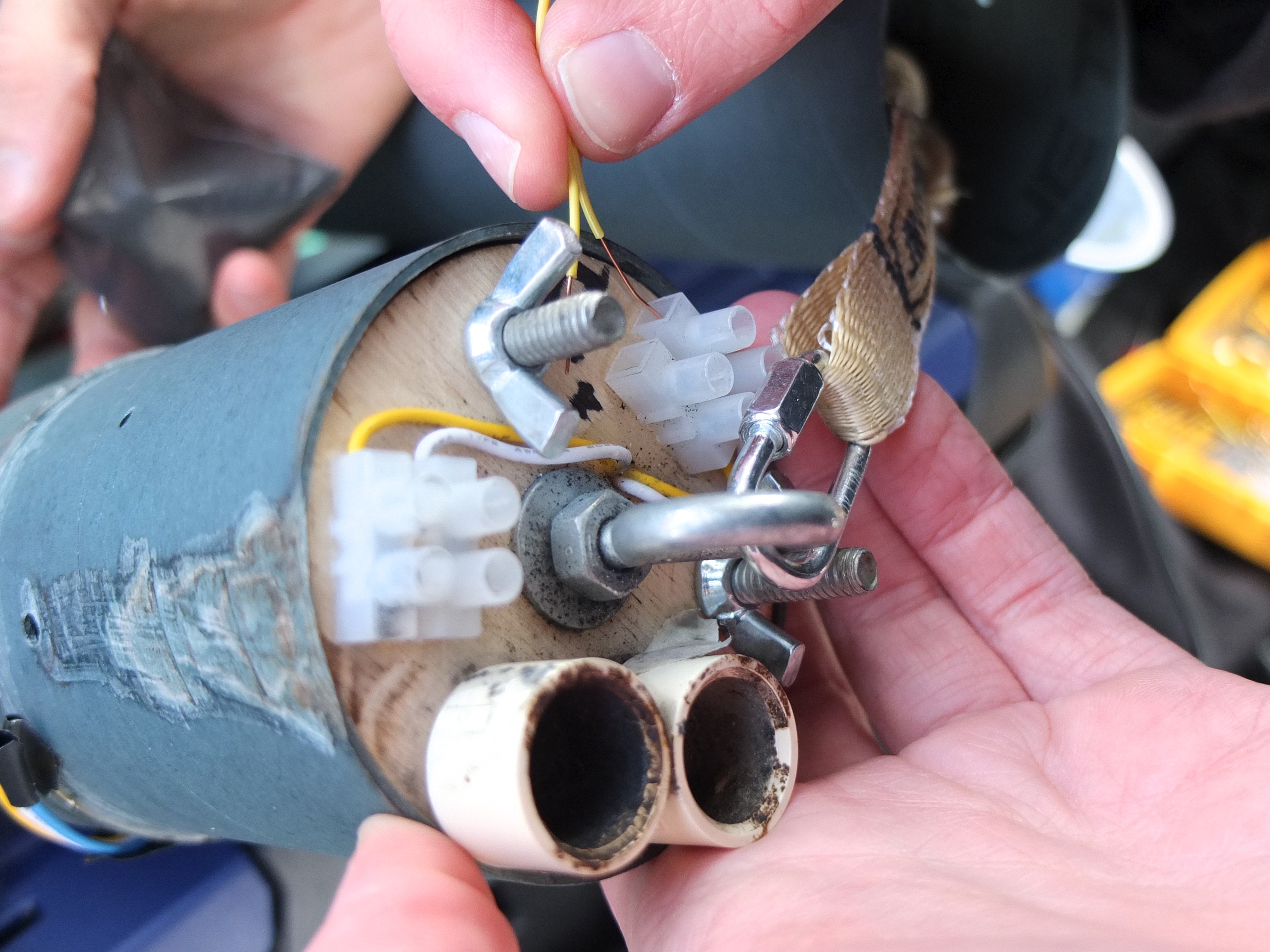 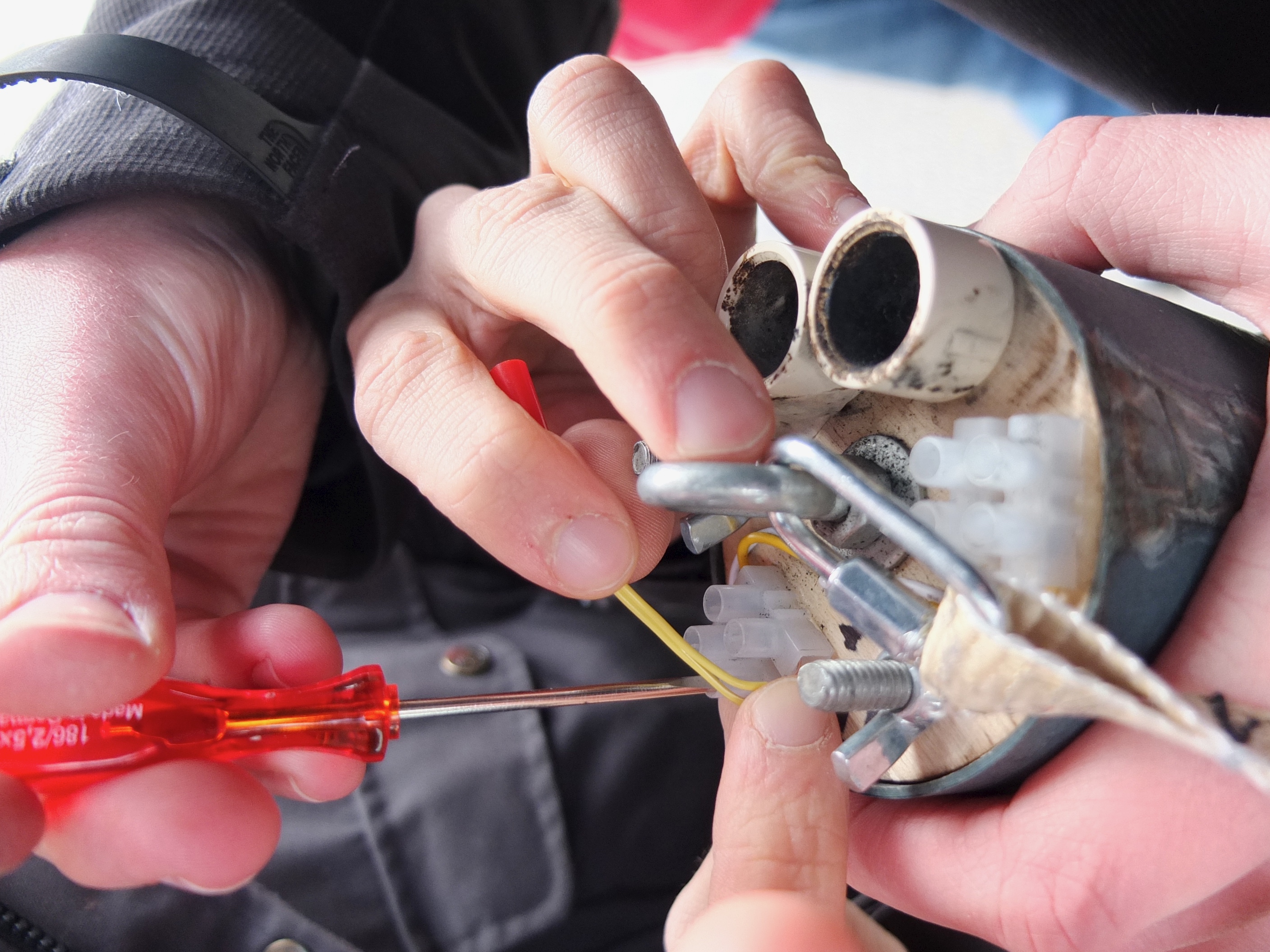 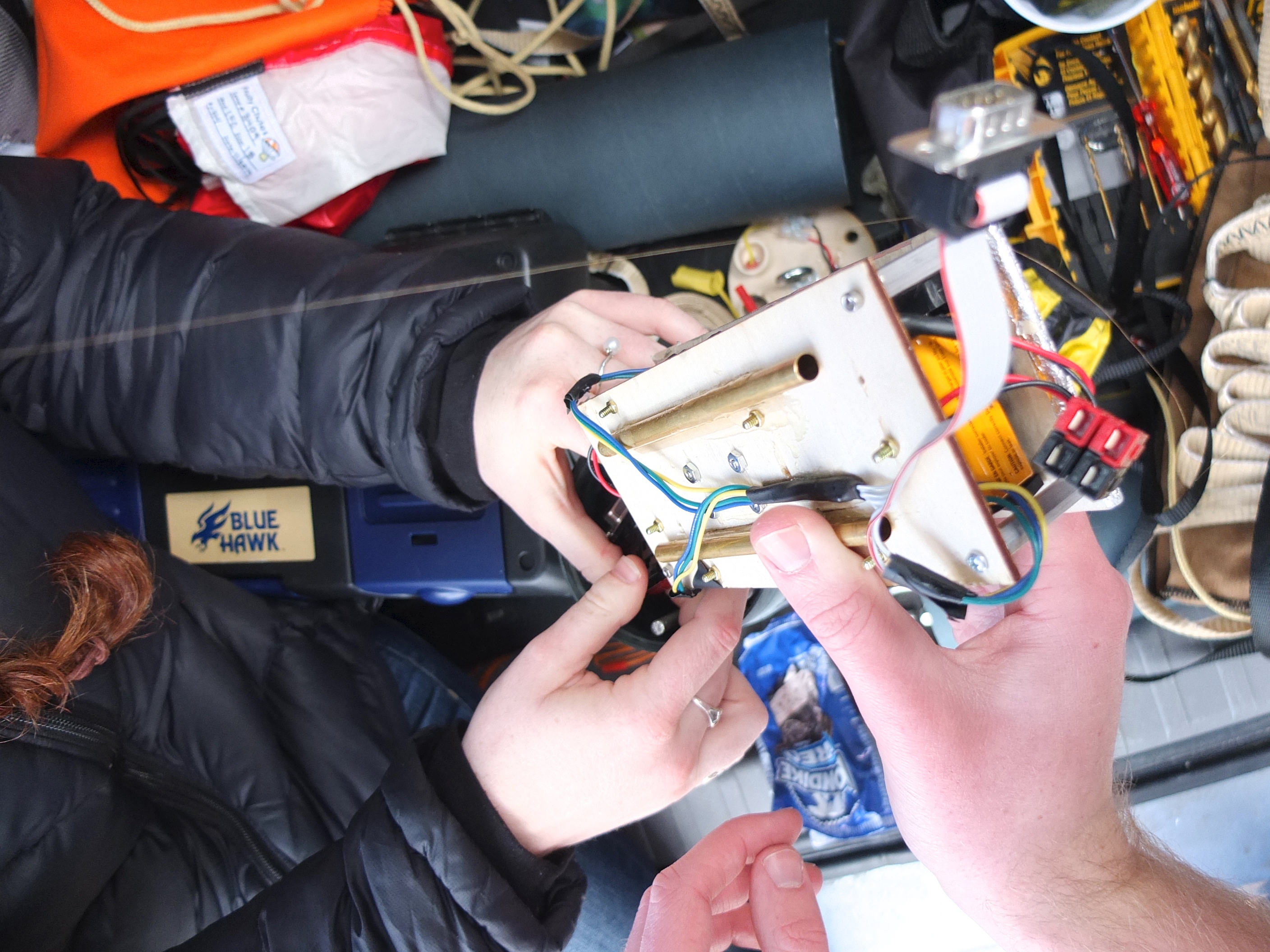 Wiring up the electronics bay 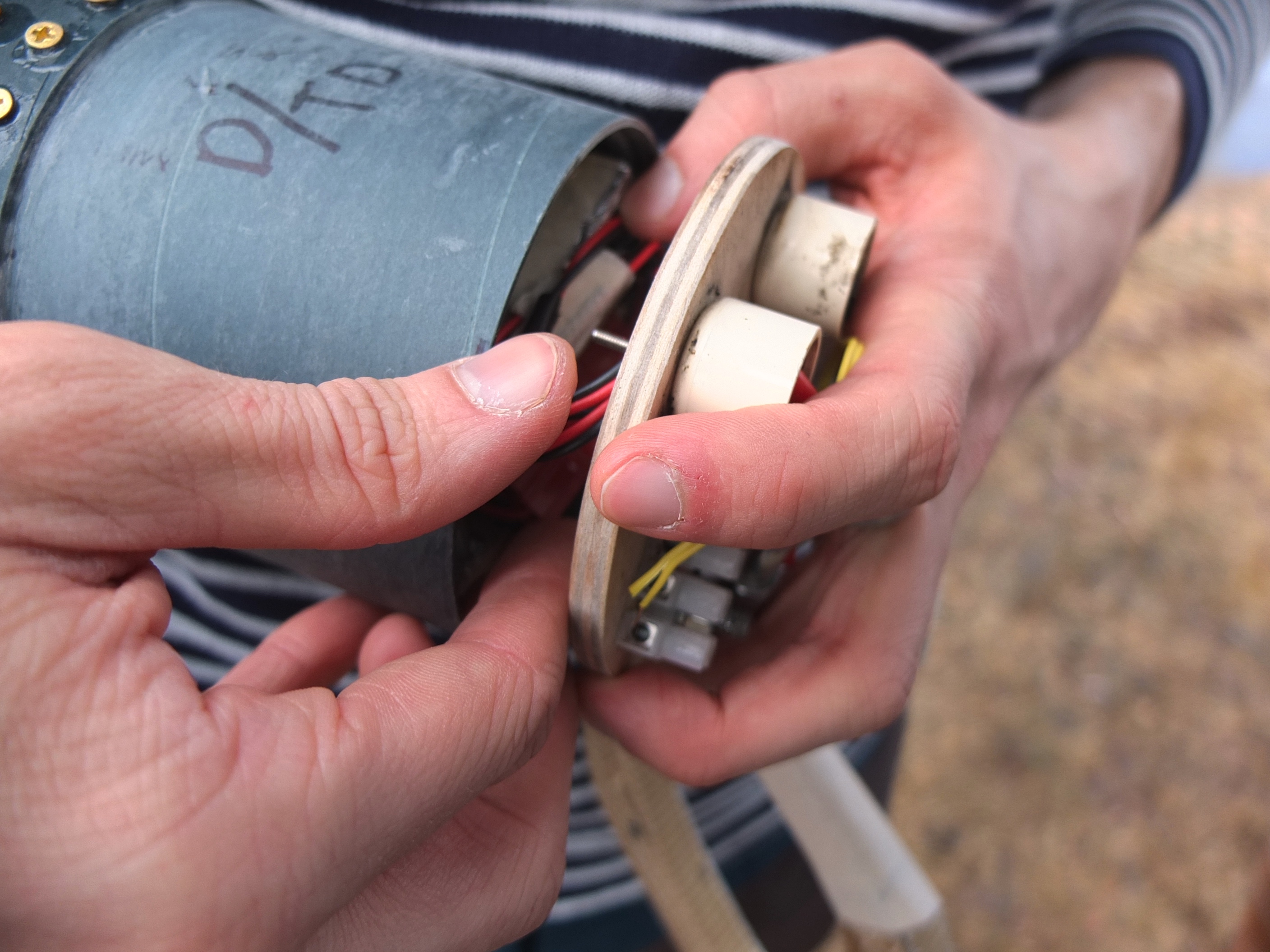 Screwing together the electronics bay 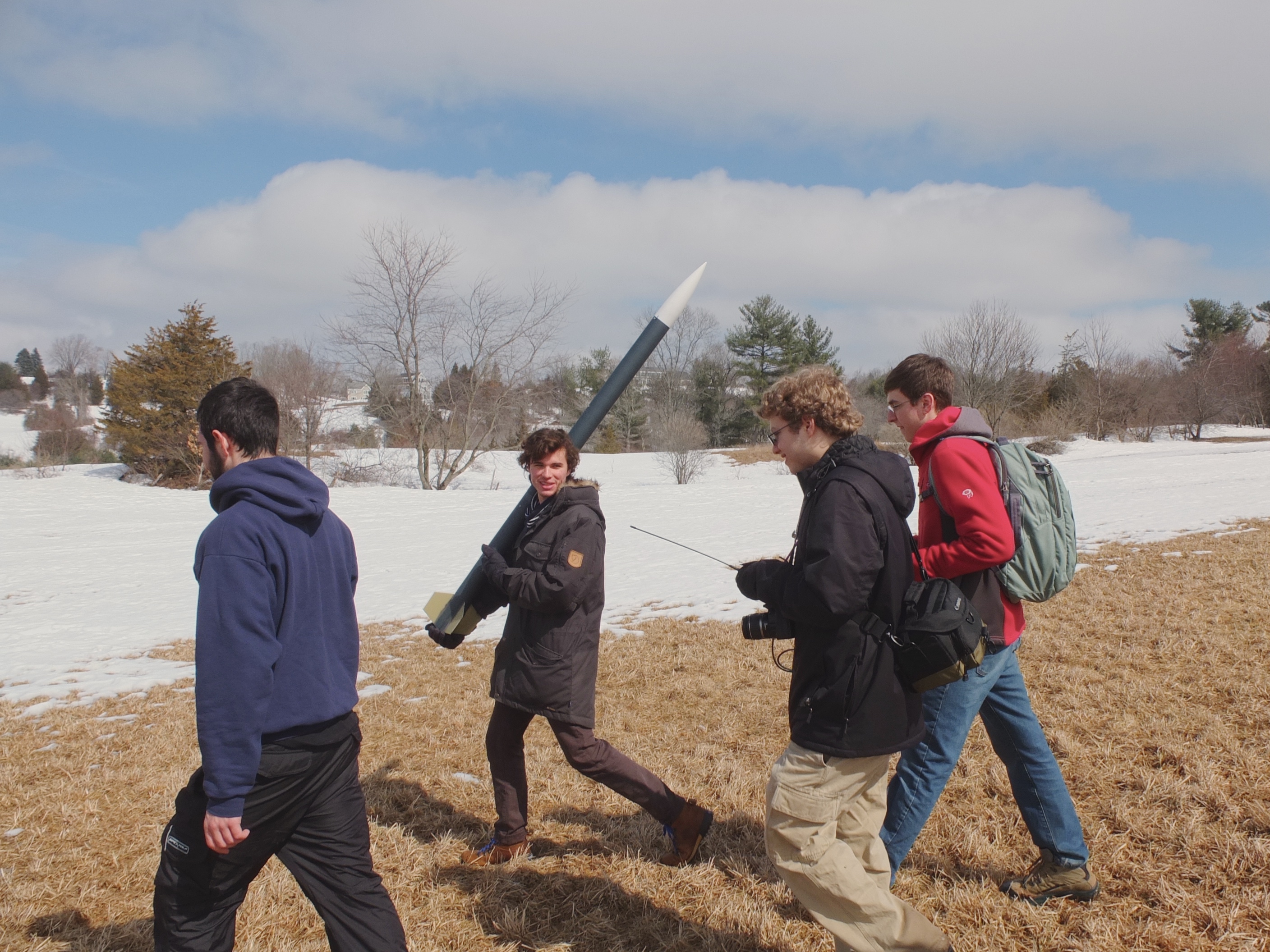 Walking to the launch pad 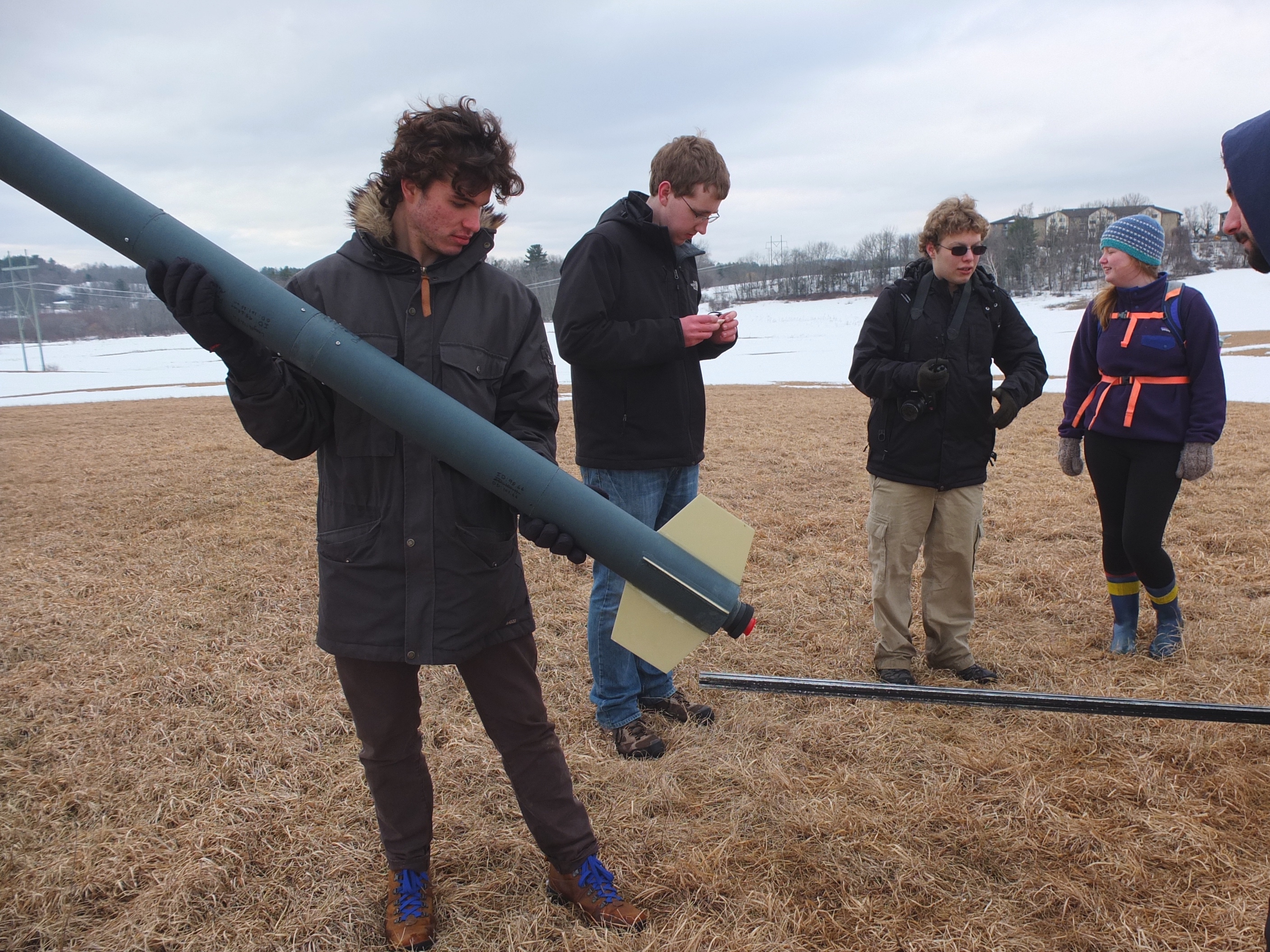 Putting the rocket on the launch rail 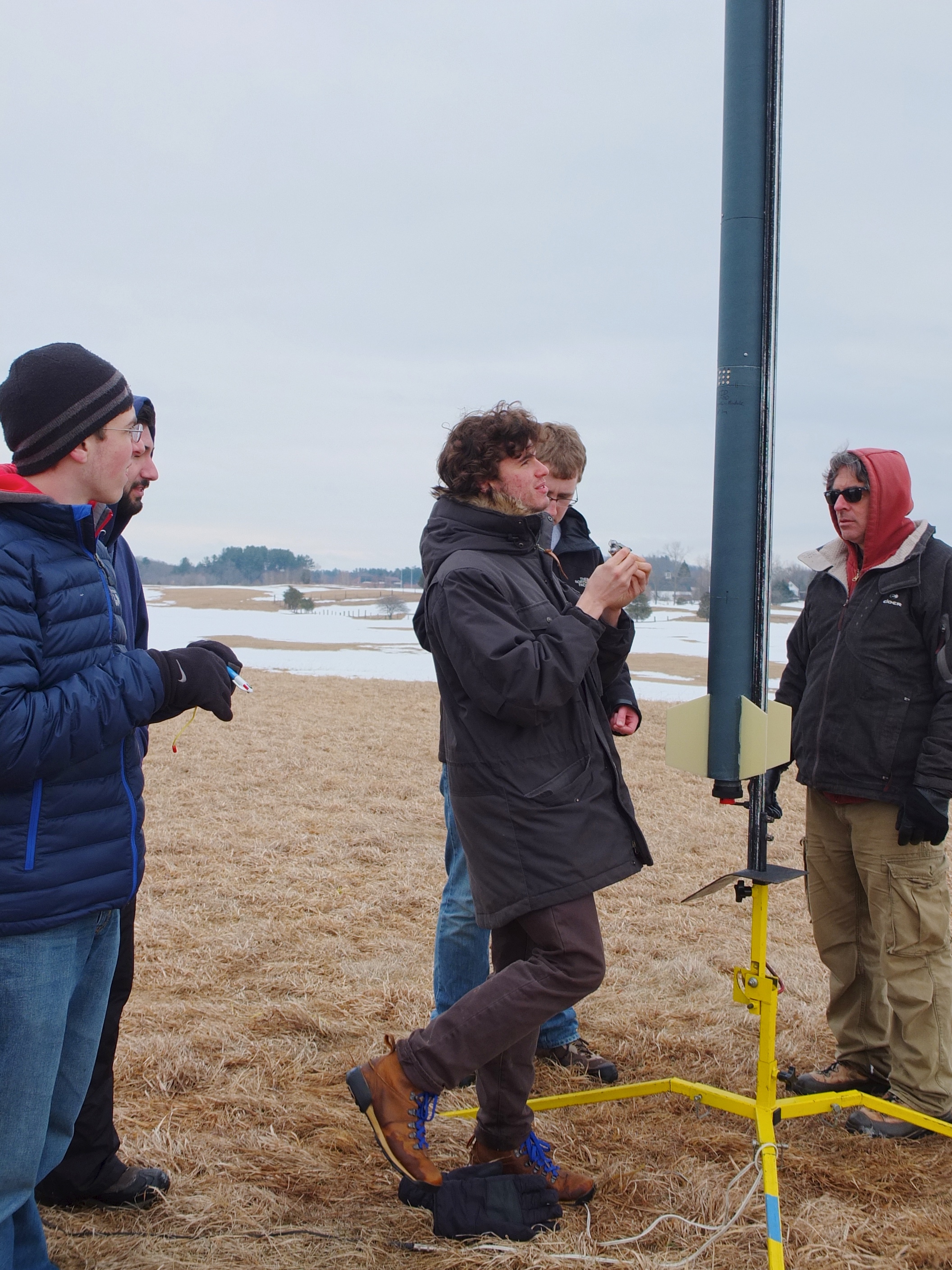 Turning the altimeters on 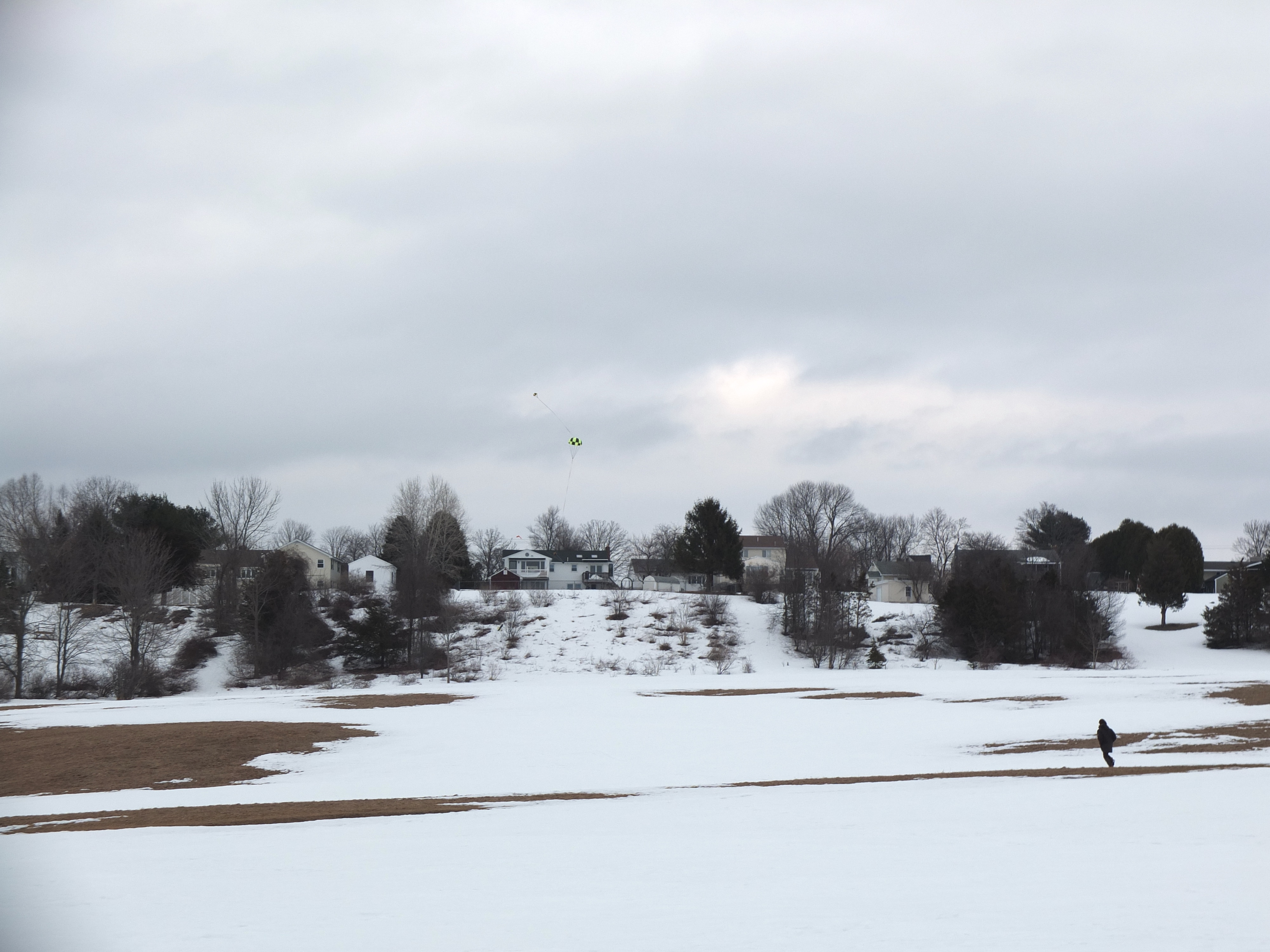 Chasing down the rocket 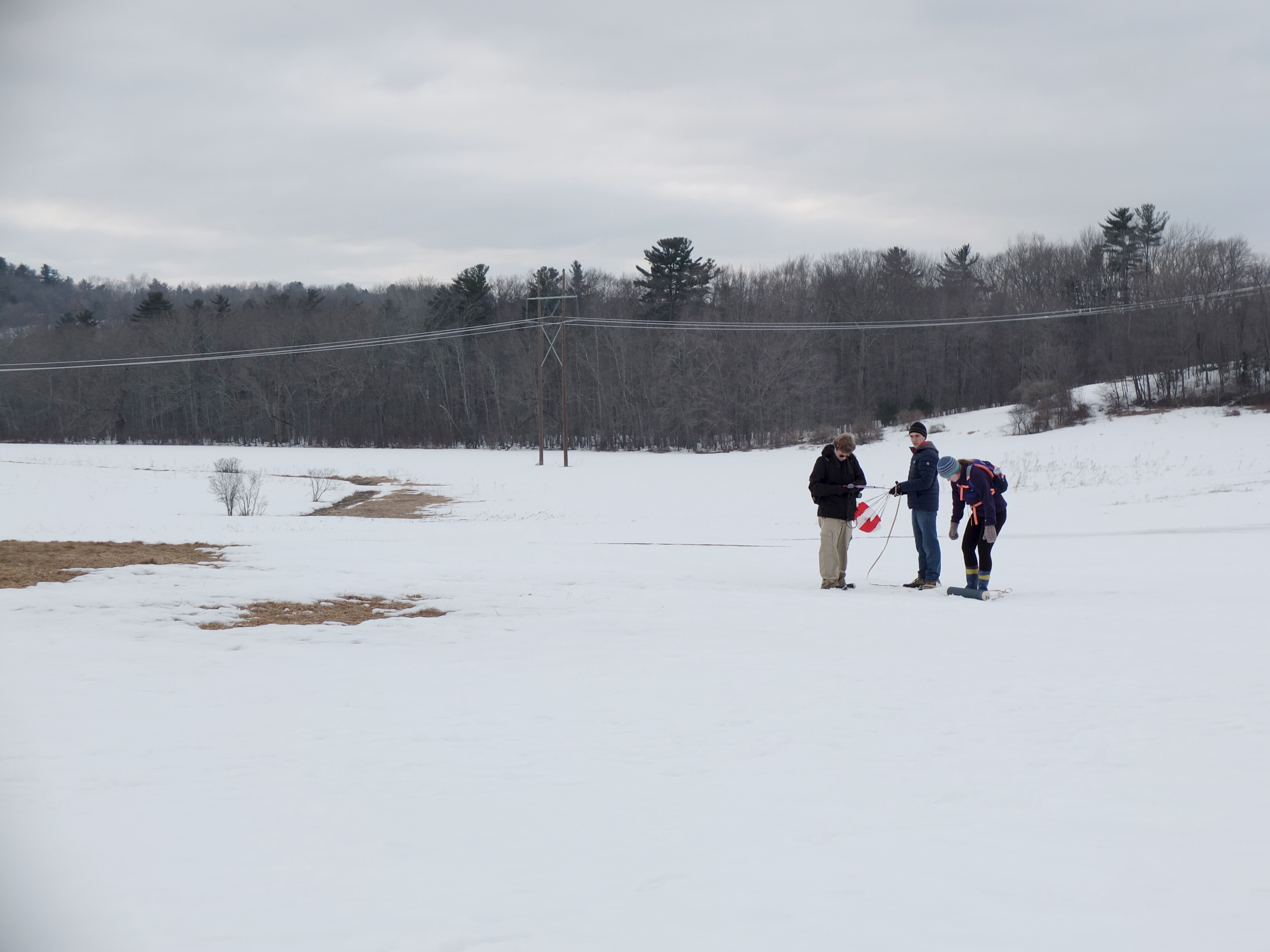 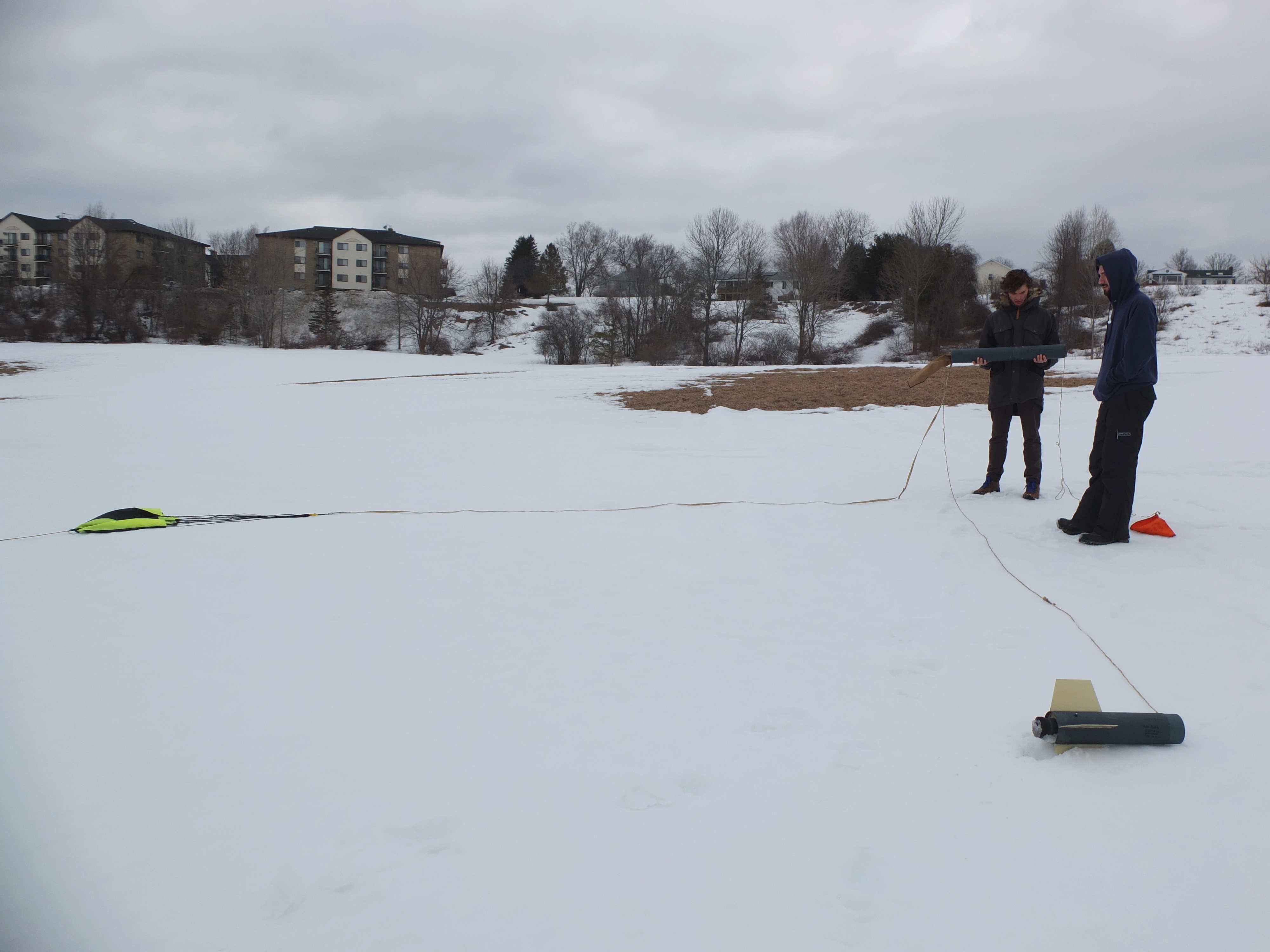 Inspecting the main section of the rocket 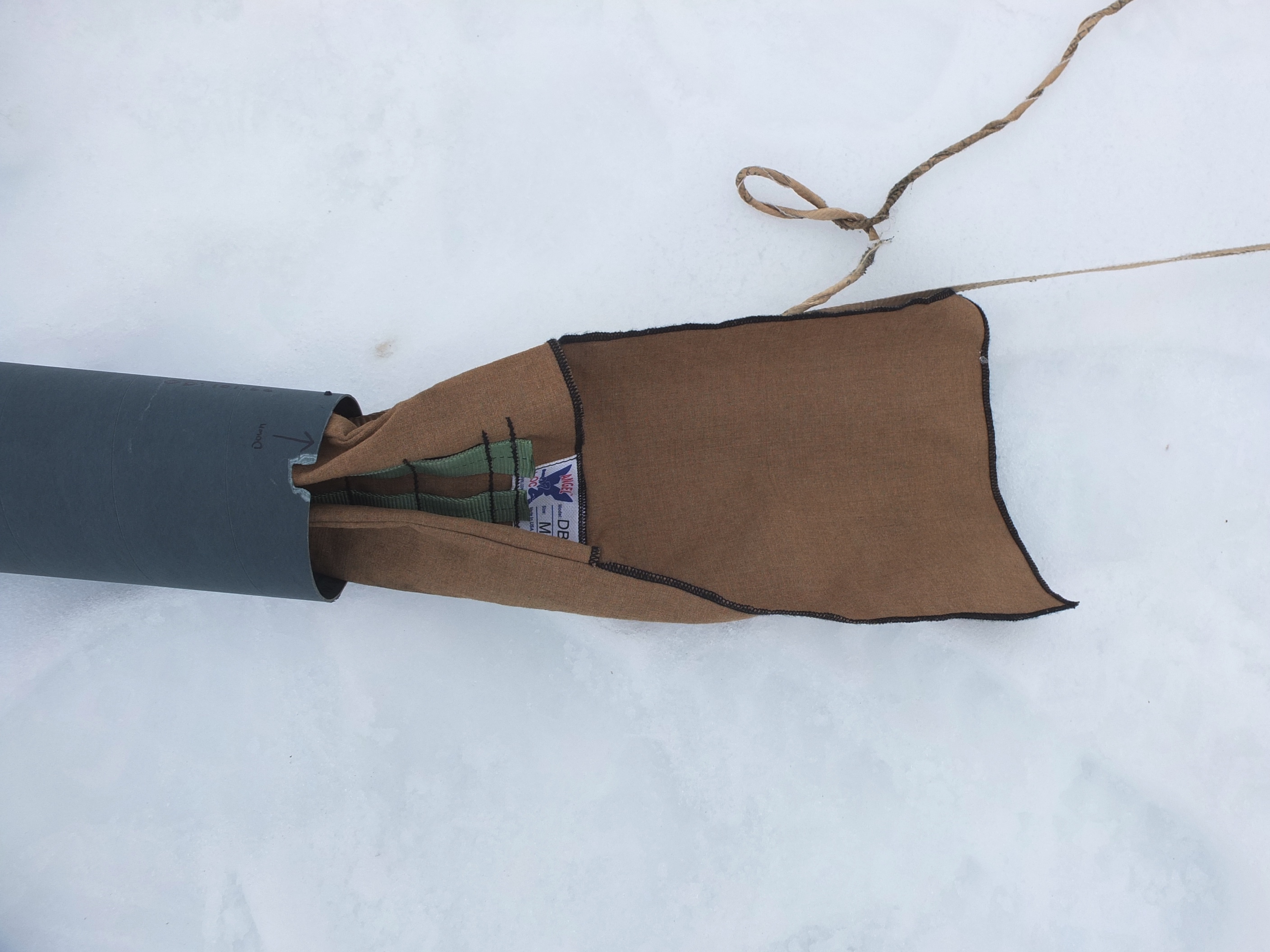 Some zippering on the main section of the rocket 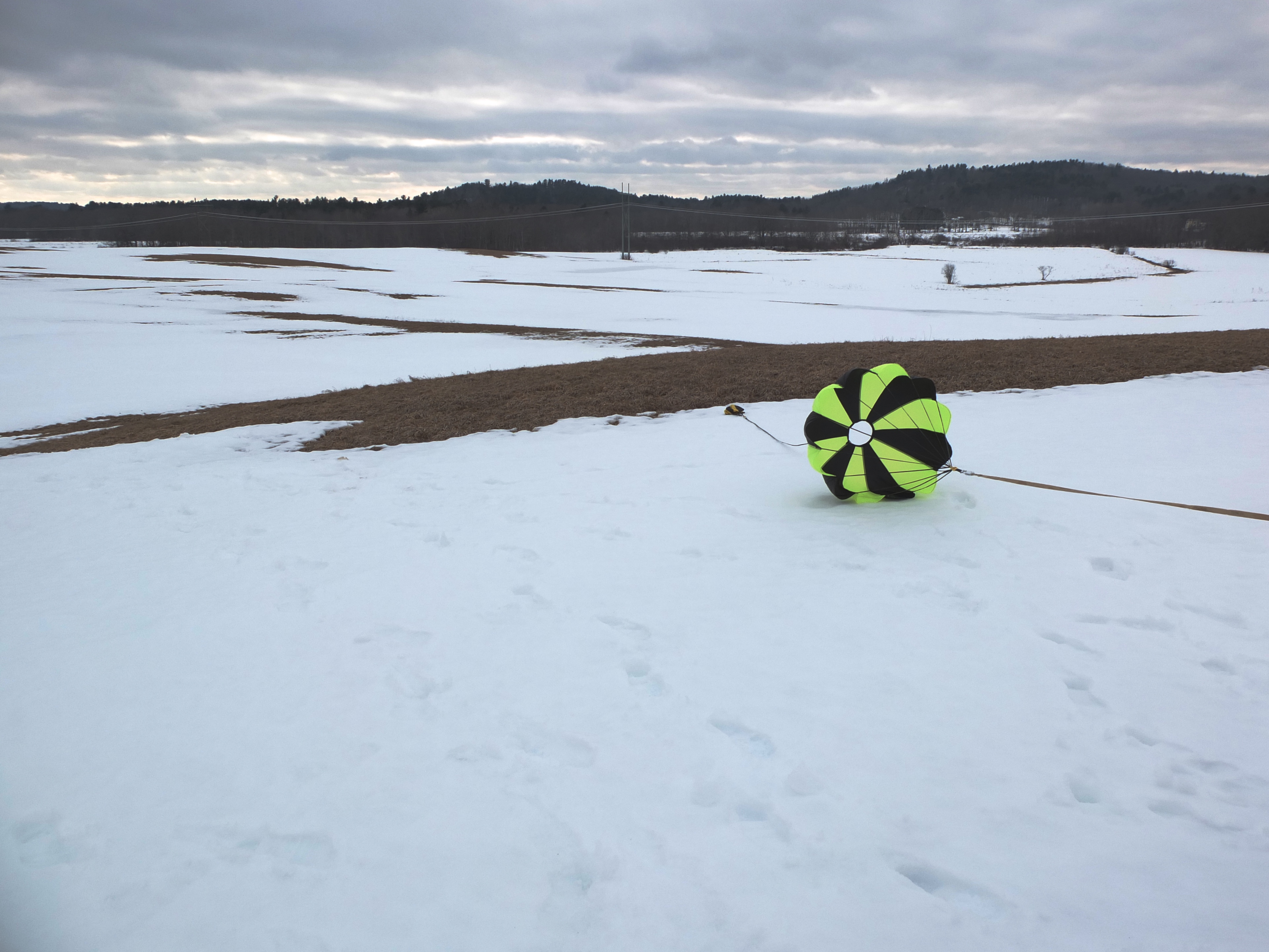 Main parachute blowing in the wind 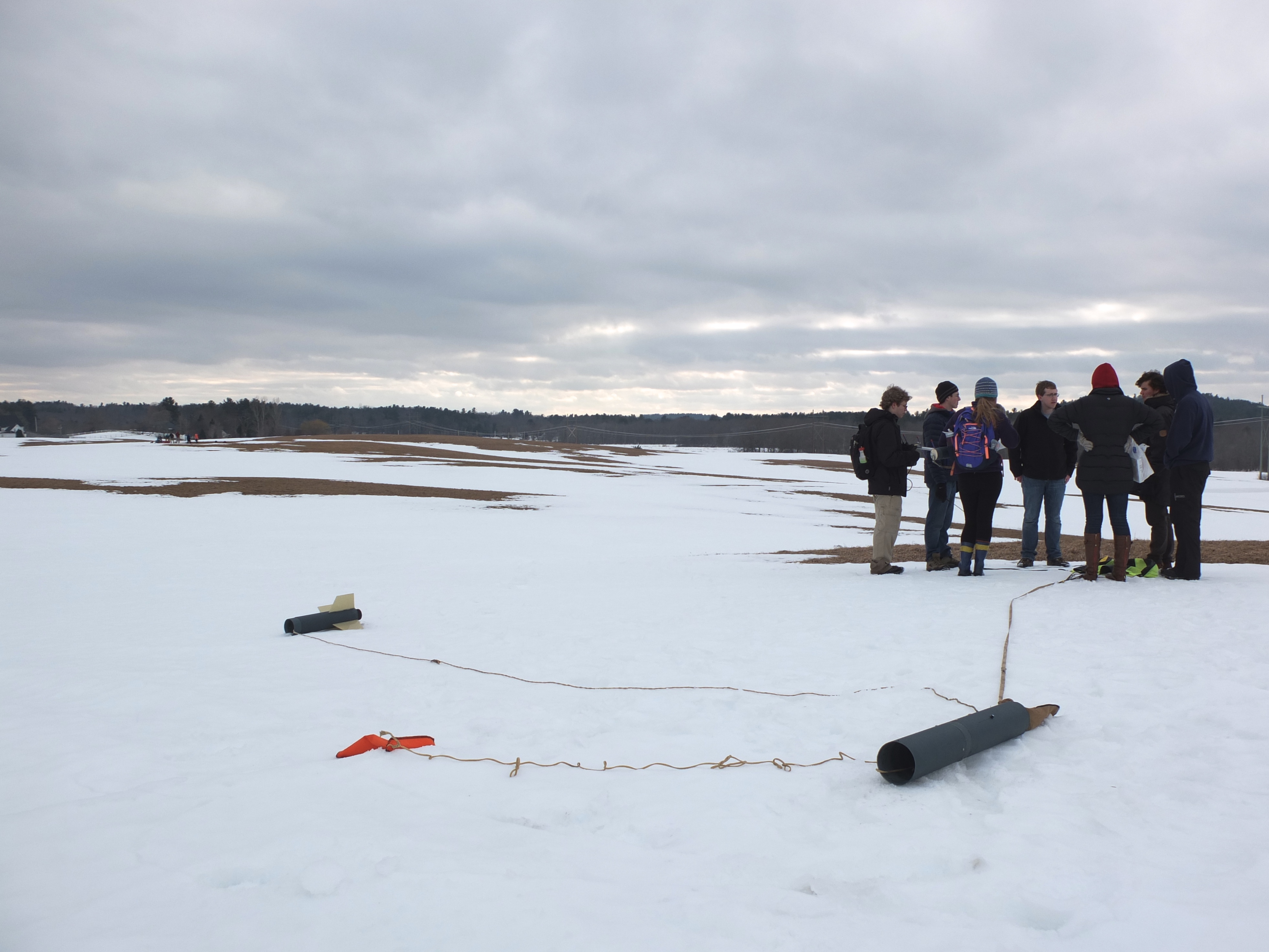 We determined that the black powder charges that open the main section were prematurely setting off the main parachute. The drogue and main parachute are attached by a carabiner that, at a predetermined altitude, shift the weight of the rocket from the drogue to main chute. Because this was released early, the main parachute was ejected from the rocket too soon and at too high a velocity, which caused zippering in the blue tube. To remedy this, we reduced the amount of black powder in that section, and proved the concept through multiple ejection tests.

Write-up and photos by Alanna Ferri